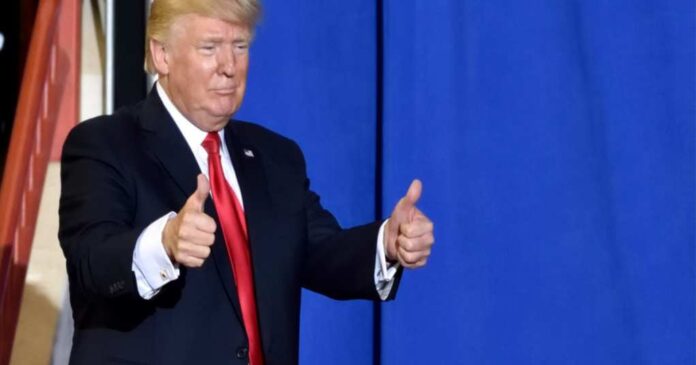 Former President Donald Trump is finding out just how many allies he has after the Democrat-backed FBI invaded his home. The fearful liberals are scared to death that the man will make a return in the 2024 presidential election. They know that they will not be able to beat him in a fair election. And they do not have the time to develop a fraudulent election ring before the big race arrives.

The time of the invasion was timed perfectly with the Democrats passing another socialist-packed piece of legislation. The FBI showed up at Trump’s private home on Mar-a-Lago and demanded to be let in to search the premise for any documents that could be used to incriminate him. Their secret hopes were that the search of Trump’s home would deter attention from the bill waiting to be passed.

Trump was shocked to find out his home was being searched. Never before in the nation’s history had a sitting president used the FBI to search the home of a former president. But the Democrats view Donald Trump as an enemy and cannot seem to leave him alone.

Republicans were quick to respond to the search of the home. They viewed the FBI’s actions as another attempt to destroy Trump before he could cause more trouble for the liberals. The constant attacks prove that the Democrats have a plan and strategy to keep up the pressure until they destroy the man.

Conservative supporters have been complaining about the way Trump is being treated. But now that things are heating up again, Trump supporters are being urged to contain themselves and let things play out quietly and without much commotion.

Raw Story reported, “According to the New York Times, GOP leaders have been warned by allies of Trump’s to calm their aggressive attacks on Attorney General Merrick Garland, the Department of Justice, and federal law enforcement. The Trump insiders say, ‘it is possible that more damaging information about Mr. Trump related to the search will eventually become public.’”

The liberals honestly believe they have found what they were looking for to destroy Trump. And Trump supporters are being asked to stop attacking Attorney General Merrick Garland until things are released, and the truth is announced.

Raw Story also noted, “Within hours of the news being announced, Trump took to his social media site to rant that he was the victim of a ‘witch hunt.’ His son, Eric Trump, however, told Fox’s Sean Hannity that the FBI had been negotiating with Trump for months to get the documents back. There was a concern that the top-secret information wasn’t in a secure location on the property.”

Former President Trump turned in all the documents he was supposed to leave when he exited the office. The Democrats believe that he secretly took sensitive information to his home to hide it so the incoming president could not see it. But the truth is that Trump gave up all the information that was requested, and he maintains that nothing is in his possession that was requested.

The liberals believe that Trump is a security risk. They feel that he leaks secrets regarding United States intelligence and other matters. But the fact shows that old man Joe Biden is a huge security risk because he works with the communist nations to expand their influence and bring down democratic nations worldwide.

The nasty Democrats are paranoid that Donald Trump is planning on making a comeback in 2024. They were unable to stop him while he was in office, and they could not afford to have a repeat of events for another four years.

The nation needs Donald Trump to undo all the terrible socialist lawmaking. The current leadership knows he will fix everything Biden messed up during his term. They also know that the only way to keep him from making a comeback is to smear his name and find a way to put him in prison. But his impeccable character keeps proving that he is an honest and reliable man.