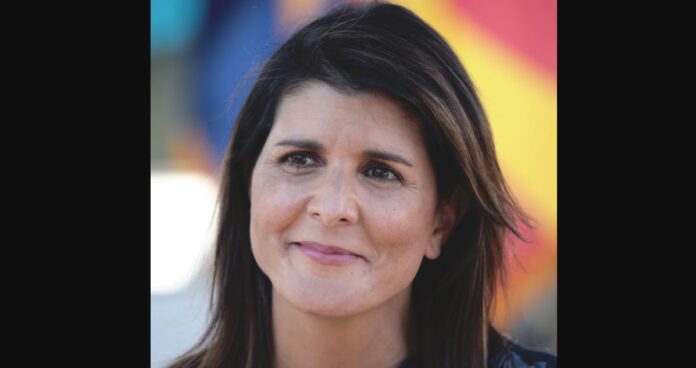 In an exclusive statement to Breitbart News on Sunday, Haley, who served as governor of South Carolina before heading to the U.N. under the Trump administration, said the move indicated the poor state of the United Nations.

“This shows just how corrupt and broken the U.N. is,” she said.

“Even when Iranian terrorists try to assassinate our officials, on our soil, the U.N. welcomes them with open arms and lets them give a speech,” she added.

According to an Iranian government spokesman, Raisi plans to attend the 77th session of the U.N. General Assembly in New York next month despite U.S. sanctions against him since 2019 for “complicity in serious human rights violations.”

“The preliminary planning has been done for the president’s attendance at the U.N. General Assembly session,” Ali Bahadori-Jahromi told a weekly press briefing.

Last week, Haley called on the Biden administration to prevent the Iranian president from attending next month’s assembly by denying him a visa.

Raisi, who once held a seat on the Central Committee of the nation’s “death commissions,” has an extensive record of ordering mass executions of opponents of the Islamic regime and is accused of involvement in a range of egregious human rights abuses, including the execution of thousands of political prisoners, including pregnant women and teenage girls.

In addition, under Raisi’s watch, impunity was granted to security forces and government officials responsible for violent crackdowns on protests in 2019 in which more than 1,000 protesters were killed.

Last year, Raisi appointed terrorists and anti-Western hardliners in top ministerial positions, including an interior minister wanted by Interpol for his role in the 1994 bombing of a Jewish cultural center in Buenos Aires as well as a foreign minister with close links to the Iranian-backed Hezbollah terror group.

The matter comes as a newspaper under the control of Iran’s Supreme Leader warned that former President Donald Trump and former Secretary of State Mike Pompeo could soon be “next” for “divine revenge” over the assassination of Islamic Revolutionary Guard Corps (IRGC) commander Qassem Soleimani in 2020, as it celebrated the recent attack on “apostate” author Salman Rushdie that left him with serious injuries.

The British-American author had been marked for death by the Iranian regime for decades, with the country’s then supreme theocratic leader Ayatollah Khomeini calling for “Muslims of the world rapidly to execute the author and the publishers of the book” so that “no one will any longer dare to offend the sacred values of Islam.”

Media in Iran have since celebrated the attack on the award-winning author.

The threats against the former president and secretary of state come only days after an Iranian national was charged for allegedly planning the assassination of former National Security Adviser John Bolton.

Shahram Poursafi, who is alleged by American security officials to be a member of Iran’s Islamic Revolutionary Guard Corps, is reported to have attempted to pay individuals up to $300,000 to kill Bolton, though Iranian officials have dismissed the claim.

Meanwhile, Bolton has described himself as feeling “embarrassed” at the idea that Iran was only offering $300,000 for his life, with the former ambassador to the United Nations saying that he thought he would have had a higher bounty on his head.

In addition, Iranian state media published a video clip last month boasting of the regime’s nuclear capabilities, claiming it can — in a moment’s notice — “transform” its nuclear program into an “atomic military” one, creating a “nightmare” for Israel and the West, while warning of its “ability to turn New York into a heap of rubble from Hell.”

Author Salman Rushdie is tended to after he was attacked during a lecture, Friday, Aug. 12, 2022, at the Chautauqua Institution in Chautauqua, NY, about 75 miles (120 km) south of Buffalo. (AP Photo/Joshua Goodman)

In June, former U.S. Vice President Mike Pence accused the Biden administration of threatening to “unravel all the progress” the Trump administration made in marginalizing the Iranian regime.

He also blasted the Biden team’s concessions to the “tyrants” in Tehran, its “virtual abandonment of our ally Israel,” and the “disastrous withdrawal from Afghanistan,” which have emboldened the “adversaries of freedom” that now sense “weakness” in the American administration.

Iran, the largest state sponsor of terrorism worldwide, claims its nuclear program is for energy purposes, but world leaders, including the six nations that joined the 2015 deal to limit Iran’s nuclear weapons capacity, say enriching uranium may lead to Iran’s ability to quickly create a nuclear weapon.

While the Obama-led nuclear deal — deemed fatally flawed and highly one-sided by many, from which then-President Donald Trump withdrew in 2018 — delineates an enrichment limit of 3.67 percent, Iran has been accused of violating the agreement as Tehran produces more enriched uranium.

In March, Russia’s envoy to the Iran nuclear talks admitted Tehran “got much more than it could expect” in the latest iteration of the nuclear deal.