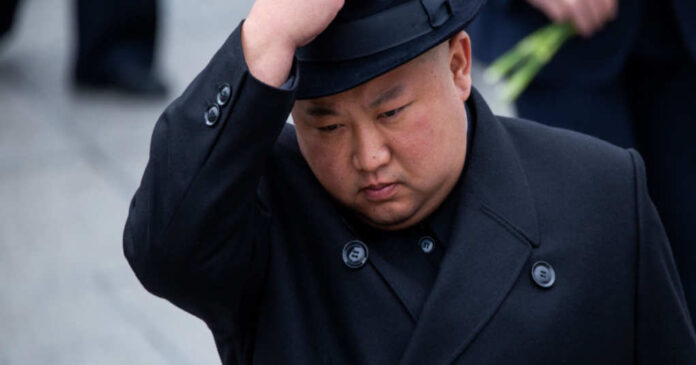 Despite their relatively weak healthcare system, Kim Jong-un has been able to survive COVID, even with his “high fever” he has now declared “shining victory” over the virus. Despite this, the outbreak has ravaged his country, and some of his people are still suffering from the symptoms.

During his illness, sister Kim Yo Jong took up the reigns at the propaganda machine. She chose to blame South Korea for his illness. According to her unsubstantiated claims, South Korea had distributed leaflets to North Korea, and they were infected with COVID, thus introducing the virus to the hermit nation.

Given their complete closure of borders and their lack of allowing anything to come in or out of the country, North Korea’s claims of not having cases of this for years were a bit suspicious but reasonable. Jong-un took great care in his opinion to try and keep his people safe and not worried about the virus as it was a problem for lesser countries to worry about according to his rhetoric.

By Jong-un falling ill and Yo Jong stepping up to take his place in the propaganda machine, this also presented a rare and unique opportunity for the country. They could either admit that they were not as medically strong as they try to portray to their people, continue their claims of Jong-un being as godlike as they have for years, or they could just blame South Korea. For Yo Jung, this was a no-brainer.

Launching a campaign with vows to “eradicate” South Korean leaders, she struck a chord with the country. She continued to claim “South Korean puppets” delivered “dirty objects” across the border via leaflets that were carried by balloons according to state-owned news agency KCNAWatch.

His change in status comes as North Korea lifts the restrictions it put in place back in May when what they claim to be the first COVID cases were discovered in the country. Given how widespread this virus has been found and how easily it has been transmitted, the ability of North Korea to even try and claim that they stayed clear of it so long is nothing short of astounding. Since July 29th, the country has made no formal reports of new cases.

During his remarks back, Jong-un also explained to his countrymen that the nation must keep up the “steel-strong anti-epidemic barrier and intensify the anti-epidemic work until the end of the global health crisis.” His acknowledgment of this as a global crisis is also proof that after becoming infected with it he understands how serious it is.

This hasn’t been enough to get him ready to allow foreigners in to provide proper vaccines to his people but to see him give this virus the respect it deserves for as serious as it is, is not something many expected to see from him. The North Korean dead leader has previously used similar incidents of misfortune to turn things around for his people.

South Korea in the meantime has maintained its innocence in this. Their ministry has found the claims by North Korea to be incredibly disrespectful, and inflammatory. Remarks like these can often be the kinds of words that get wars started. While South Korea has openly stated that they will not take the first shot, you can also guarantee they will not allow the North to make fun of them or stir the propaganda pot unnecessarily. Especially when they are giving such statements to the global media.