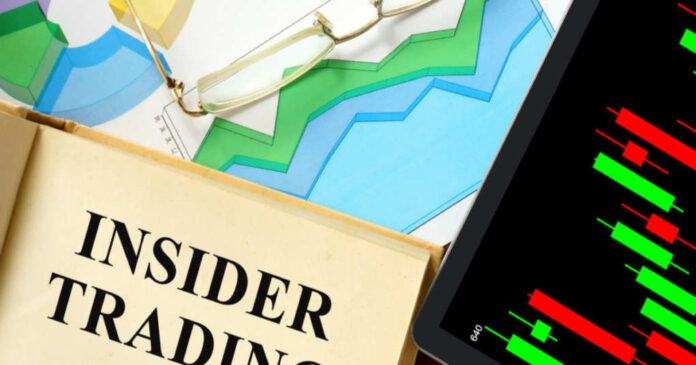 Despite the best efforts from the left to distract Americans with new allegations about former President Donald Trump, news about China’s rhetoric, or nonsensical headlines most could care less about, the truth always comes out. Their latest truth is the uncovering of how corrupt their investment practices have become.

Starting with Speaker of The House Nancy Pelosi and her investment in NVIDIA computer chips, her trips to Asia (including her fire-starting trip to Taiwan), and the push for the CHIPs act to pass so her new stock is strongly supported. Now, Rep. Kathy Manning (D-NC), is following her right in line. Much like Pelosi and filing with her husband, these investments clearly show signs of insider knowledge.

Buying up $30,000 in Micron Technology along with $95,000 of NVIDIA shares on July 27th, she and her husband stood to see their investments grow exponentially with the investment the CHIPs act passing. Something she happened to vote in favor of the very next day. With its passage, tens of billions of dollars would be available to increase computer chip manufacturing here in the US.

Trying to stay ahead of the narrative, her office spoke with Fox Business about the investments and how this was allowed. Claiming that these investments “are in accounts entirely controlled by third party managers,” and that neither she nor her husband “have no discretion or control over the underlying assets held in the accounts.” When pushed for a follow up they went on to double down on these claims.

“Neither Congresswoman Manning nor her husband exercised, or attempted to exercise, any control or direction over any transactions executed within the accounts. Congresswoman Manning supported the CHIPS Act to maintain semiconductor chip manufacturing in the United States because it creates good-paying American jobs and protects national security.”

While these statements sound lovely, the truth is Congresswoman Manning, Speaker of The House Pelosi, and their respective husbands are cheats.

There is zero prayer someone at this level of politics isn’t looking into their investments, offering down information, or trying to better influence their money. It would be foolish to think otherwise. Given the level of inside information they both have about upcoming bills, and in particular this bill, they knew it would pass and they would each profit greatly. Pelosi’s husband Paul even dumped her shares just before the vote due to the backlash.

With the act being signed into law by President Biden on August 9th, the American people should start seeing the fruits of this poisonous tree here in the coming months and years. For people like Rep. Manning, this should start immediately.

Their investment in both NVIDIA and Micron Technology was a way to split the “risk” with diversification. Truth be told, these two are a way to double down on the profits and make these investments near bulletproof with this act passing. NVIDIA is designing computer chips and doing a stellar job of it. One of their top companies just so happens to be Micron Technology. With both receiving money from this act, there is no way for these investments to lose.

Micron’s press release about this act is a testament to just how certain they are about the impacts of this act. “With the anticipated grants and credits made possible by the CHIPS and Science Act, this investment will enable the world’s most advanced memory manufacturing in America. Micron expects to begin production in the second half of the decade, ramping overall supply in line with industry demand trends.”

This isn’t the first time either Manning or Pelosi have gotten flak for their investments. Both have a history of not filing their transactions within 45 days as required by the STOCKS Act. Making these kinds of moves should surprise absolutely nobody either. They lie to get into office and to stay there. Why expect ethics on money too?