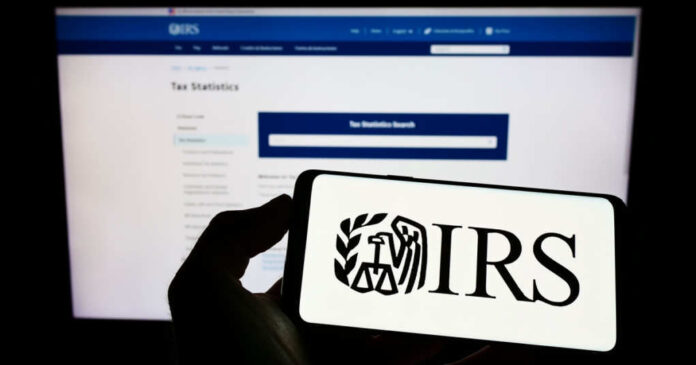 As a satirical question only, who’s foaming at the mouth over Joe Biden doling out 80 billion smackeroos to the beloved IRS? This is the exact organization that’ll hunt you down for 100 bucks and some change while veterans go homeless and a growing number of citizens are concerned about where their next meal will come from. But let’s not get into all that.

The overlooked irony is how we as U.S. taxpayers, against our will, are funding our own hellish nightmare. We’ve been bonked by Biden. So with its newfound pot of gold, what does the IRS have in mind? Will a goon squad be coming for us?

With general elections looming on the horizon, whatever the irreverent tax collectors have in mind is going to fall straight into the hands of Republicans who are anxious to give the Biden administration a bloody nose.

Democrats are claiming the money is needed to help get tax returns sent out in a more timely manner and to hire more people to answer questions for the general public who’ve always had a hard time getting through to someone. That could be pulled off with a couple of million.

Sen. Chuck Grassley (R-Iowa) is a longtime tax writer who in an interview with Fox News, said he envisions an IRS “strike force that goes in with AK-15s already loaded, ready to shoot some small businessperson in Iowa.”

Republican politicians are shooting straight from their hips by portraying the IRS as a bunch of deviant thugs who have just been issued a license to terrorize at their own chosen will.

Democrats, such as Senate Finance Committee Chair Ron Wyden (D-Ore.), are trying to play down the accusations. “It’s unbelievable that we even need to say this, but there are not going to be 87,000 armed IRS agents going door-to-door with assault rifles,” Wyden said. With no need of repeating, $80 billion.

First things first. You correctly read the figure above. The IRS will kickstart its new offensive strategy by hiring a battalion of 87,000 goose-stepping soldiers spread from sea to shining sea. But not to worry. As a courtesy long since denied, they’ll only be pounding on doors to see if anyone has any unanswered questions, so go ahead and write them down if you do.

Here’s where you get to be the judge. If you can believe what the Dems are claiming, which is never recommended, it only makes sense how the bulk of the new hires will be examining tax reports. But…dum-dee-dum-dum, there’s more…

Because Congress has already revealed how 46 of the 80 million is going toward beefing up its enforcement division, it’s what the new examiners do with their findings that should be of major concern. There’s a tremendous possibility they’ll serve a dual role, just as 37,000 current employees do. They’ll now be, count ‘em, 124,000 troops in the IRS’s examination/enforcement department.

The Democrats have also said that anyone earning under $400,000 annually has nothing to fear. Interpreted differently, this also means that the 1.8% of Americans who do fall into this elite bracket of income earners have plenty to be frightened of. In numbers, this equates to around 2.8 million people.

From this perspective, the Dems might be telling the truth, but the key word is might. Remember who we’re dealing with here.

If you do happen to have the ‘misfortune’ of earning over 400K, may God have mercy on your soon-to-be invaded soul. Sorry. Sort of…