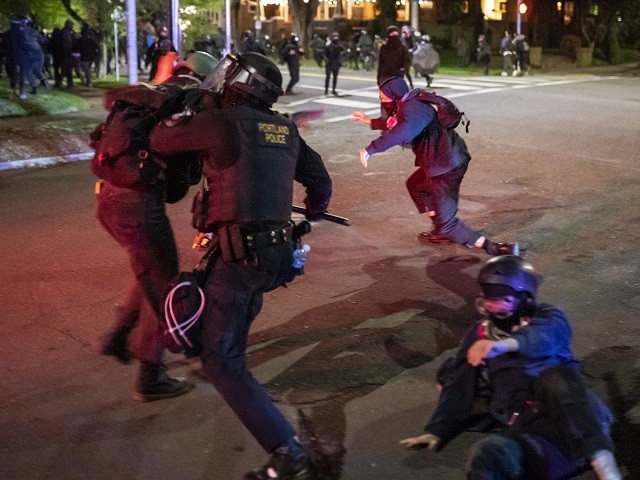 Homeless camps across the Peninsula Crossing Trail in North Portland — located approximately eight miles from downtown — have changed what once was a desirable neighborhood into an unsafe area, causing some longtime residents to either leave or consider it.

“It’s the first time in a long time that we’ve actually seriously thought about moving,” Greg Dilkes, who has lived in North Portland for thirty years, told KGW 8.

The uptick in crime has also caused local residents to feel unsafe even when doing simple activities such as walking, the local news outlet noted.

“Every day if you go from one end of the street to the other, you’re confronting some very difficult situations, people in really dire straits,” said Mark Smith, whose backyard is next to a homeless encampment.

“For Sale” signs have become a common sight in the North Portland neighborhood, as one resident told the local news outlet they know of three families that have left due to the rampant homelessness.

Real estate broker Lauren Iaquinta has observed that residents who decide to leave the city generally are headed to the suburbs.

“Most people don’t want to have to worry about if they can leave their car parked in their driveway overnight without maybe having it broken into,” she told KGW 8.

The real estate broker also noted she has to vet areas that do not have homeless camps in order not to dissuade clients she works with.

The growing homeless problem has recently forced Starbucks to shut down some of its locations in the City of Roses, along with other Democrat-run American cities, due to rampant crime and homelessness, Breitbart News reported.

Starbucks CEO Howard Shultz blamed city and state leaders for the closure, saying they “have abdicated their responsibility in fighting crime.”

Portland experienced a massive spike in its homicide rate from 2019 to 2021, recording a 207 percent increase. During that same timeframe, frequent ANTIFA riots were also occurring in the downtown area.