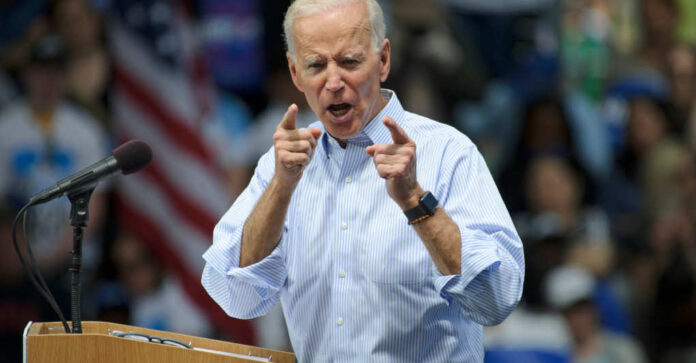 The White House has to do something about Biden’s approval rating. It’s tanking faster than they can speak. So, they have resorted to using powerful words to trick Americans into believing that President Biden actually knows what he’s doing.

The latest words to come out of the White House include “victories” of the Biden administration.

The biggest “victory” being touted is the Inflation Reduction Act. You know…the legislation that passed with zero Republican support. Considering that the biggest acts being passed should be bipartisan, this is hardly a victory.

The act is expensive. And the only reason that it even passed is because of the bribes that Senator Joe Manchin received. It won’t do much to reduce inflation. Additionally, it only seems to give the IRS more power so that they can audit the middle class in search of more money.

There’s always a Republican spin. White House communications director Kate Bedingfield commented that “This is something President Biden campaigned on. You remember, he talked about creating an economy that works for the middle class, creating breathing room for the middle class, and so this week he stood up to the special interests and got it done.”

Well, that’s one way to spin the Inflation Reduction Act. We’ll see if it actually provides breathing room, especially once the 87,000 new IRS agents are done combing through our taxes from the past seven years.

There’s another “victory” that is being claimed, and economists are already blasting the White House. According to Biden, there was “zero” inflation in the month of July.

Economist John Jordan spoke on Fox News to explain that inflation was most certainly not at zero. He explained how there are things that went down but there are other things that went up, creating an uneven look at costs. Airfare and used cars may have dropped, but food prices and rent have gone up. This means that the average American is still struggling financially.

The Democrats are guilty of false advertising. They think that if they use words like “victories” and “negotiating” and “tangible impact,” Americans will assume that Biden is doing all he can to help.

Let’s face it. The Republicans have and always will be the party that is the most fiscally responsible. If they thought that the Inflation Reduction Act could have actually helped to improve inflation, they would have voted on it. Most economists agree that the act is likely to have very little impact on inflation. It only offers false hope.

It’s a lot like gas prices. Bedingfield boasts that gas prices are down below $4 a gallon. And she wants to make sure that the Biden administration gets credit for that.

Wait a second…just a few months ago, we were told that Biden can’t control gas prices. When they were skyrocketing, we were told that there’s nothing that he could do. So, why is it that he doesn’t get blamed when they’re high, but he’s supposed to get the credit when the prices drop? Something doesn’t sound right here.

We know that the “victories” being claimed by the Democrats are a joke. They need to save face with the midterms fast approaching. Their lies have helped, though – Biden’s approval rating is now in the 40s. It’s still low, and that’s because Americans are smarter than to believe the lies coming out of the White House.