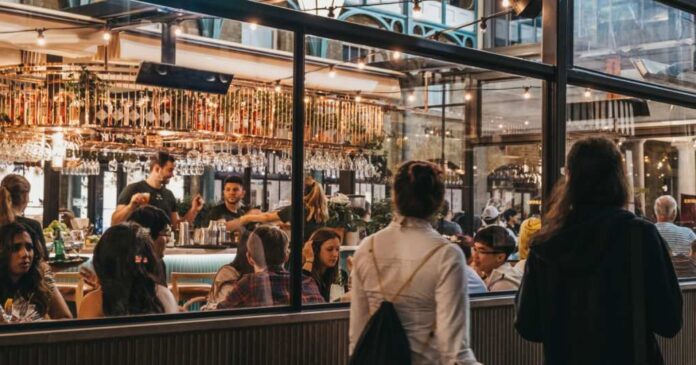 We’ve seen how the food industry has been upset by not only COVID but also inflation. It led to the Great Resignation, where people were quitting their restaurant jobs because of insufficient pay and hours.

If you’ve been to a restaurant within the past two years, you’ve seen how it has affected service. There have been “help wanted” signs on every door. And many have noticed asking for patience due to being short-staffed. The food that would normally be out within 15 minutes may now take 30 minutes or even longer.

This may finally be coming to an end.

Danny Meyer is the founder of Union Square Hospitality Group. He says that inflation as well as higher tips are actually driving employees back into the restaurant industry.

We know that everything is more expensive. Restaurants have had to increase menu prices to account for higher food costs. However, those frequenting restaurants are tipping more – and this makes the service industry more appealing to employees.

Meyer explained what’s going on during an interview with Jim Cramer on Mad Money. “Inflation has cut both ways in our industry…there’s no question that menu prices are higher than they’ve ever been.” For restaurants with a tipping model, though, “Servers are making more money than they’ve ever made before.”

The Great Resignation has been a significant problem. The highest quit rates within the hospitality and leisure industry were seen in June – 5.7 percent, based on the Bureau of Labor Statistics. 788,000 Americans across the country have quit this industry – and over 4.2 million when you look at all industries.

That’s changing because there is more money in tips. Meyer said that since COVID, “We’re actually on equal footing in terms of our talent count as we were in 2020 when we first had to stop doing business.”

That’s great news for any of us who enjoy eating out. It means that we can expect better and faster service. Of course, that also means that we’ll need to plan on paying for it. It also brings up the question of how much is too much to eat out?

With the cost of groceries on the rise, many people feel as though eating out is still worth it. And plenty is willing to pay to get a break from cooking.

Meyer isn’t the only one to signal that the end of the Great Resignation may be right around the corner.

Randstad, a global provider of employment services, spoke in July about how the cost of living and fears of the future have curbed the appeal of many quitting their jobs. It’s simply not lucrative to leave a job when inflation is causing many to have financial insecurities.

As reported by Fortune, Paul Donovan, an economist at UBS, explained “for the TikTok generation of 16-to 24-year-olds in the U.S. – a group that has been reluctant to reenter the labor force – ‘gasoline is a disproportionate amount of spending…Higher oil prices may encourage a return to the conventional jobs market.’”

High inflation is definitely slowing the Great Resignation. Though one group seems to be benefiting more than others – the restaurants with plastic menus like IHOP and Applebee’s. The reason people are ditching the white tablecloth restaurants is simple – inflation. The well-known value found at plastic menu restaurants are lucrative. And it’s showing because IHOP sales grew by 8% and Applebee’s sales grew by 6% in the second quarter of this year.

Perhaps we can finally start going out to eat again knowing that the service will be better. And as for the TikTok generation out there, it’s time to get a job.