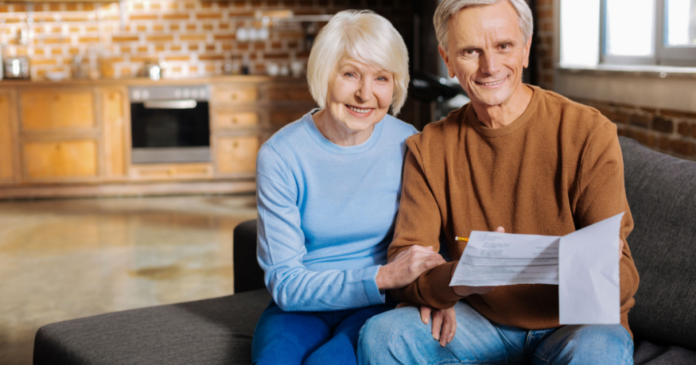 The social security program was set up in 1935 to help people save for retirement after they reach a certain age. The program was implemented under the presidency of Franklin Delano Roosevelt and has been a small source of income for over 65 million people.

The program has been the envy of the Democratic Party for decades. They have long sought to assume control over the program so they can have charge of administrating the benefits. They do not care about the people receiving the money they paid into the program for their entire life. All they want is to have control of the money.

The problem that some Democrats think will happen is that by 2035, the program will not be able to pay people the benefits owed to them. Officials believe that only 80 percent of benefits will be payable to people in the coming decade. Every dollar a person pays into social security will lose 20 percent of every dollar.

Democrats John Larson and Pramila Jayapal want to expand the program to save it from destruction. The problem with their idea is that it is based on socialist ideology. The liberals believe that expanding the program is the only way to solve the problem.

Larson is the critical person pushing the expansion bill known as Social Security: A Sacred Trust. The liberal believes that it is time to expand the program in an attempt to save it. And he even used the pandemic as why it needs to be expanded.

The Democratic Party does not have the faintest idea of running programs. They want to pool everyone’s contributions and payout money as it comes in. The program should be set up so a person has individual accounts that can be used to pay people the money they have contributed. But it works now because the younger generation’s contributions pay for the older generation’s benefits.

Progressive Jayapal wants to force a vote as soon as it can happen. She knows the time is short because the Republicans will assume government control once the midterm elections are finished.

The nasty socialist wants to force the bill out of committee and to the floor for a vote. Her bill support is her last-ditch effort to attract voters to her side. The Democrats are scared that they will lose power, so they are coming up with every idea they can to prove to the public that they care about the people.

CNBC also reported that the bill “calls for increasing all checks by about 2% of the average benefit. At the same time, it would also set the minimum benefit above the poverty line and tie it to current wage levels. The measure for the annual cost-of-living adjustment would be changed with the goal of better keeping up with the costs retirees face. Widows and widowers would also receive more generous benefits. It would repeal rules that reduce benefits for public workers, including the Windfall Elimination Provision and Government Pension Offset.”

The idea presented by Larson would increase the amount people pay for social security. The program’s expansion is just another way that the liberals can get their hands on more money and expand their control over people. They do not care about the living conditions of seniors. All they want is the cold hard cash.

The idea behind passing another socialist expansion bill is to sweeten the benefits and hide the increase in taxes. They all believe that if they can get enough people to focus on the sweet benefits, they can hide the dark side of the bill from the public.