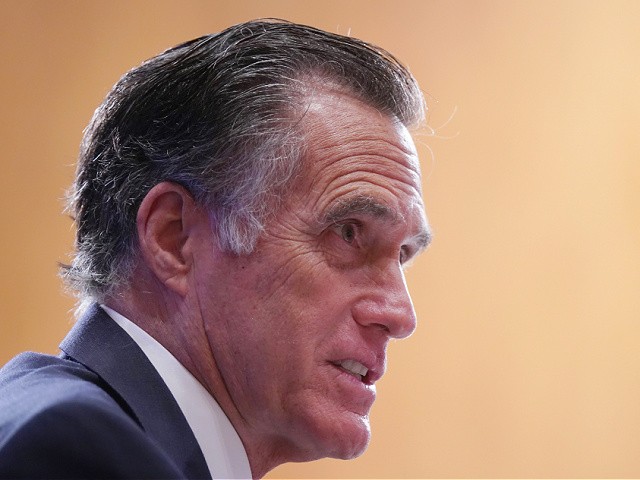 “I’m not going to encourage anyone to run for president. I’ve done that myself, and that’s something I’m not doing again. I don’t know if she really wants to do that. She would not become the nominee if she were to run,” Romney told Desert News on Thursday. “I can’t imagine that would occur.”

Romney’s comments come fresh off the heels of Cheney’s primary defeat to the former President Donald Trump-endorsed Harriet Hageman, who received more than two-thirds of the vote.

During Cheney’s concession speech on Tuesday, she likened herself to former President Abraham Lincoln and alluded to a future presidential candidacy. Cheney said:

The great and original champion of our party, Abraham Lincoln, was defeated in elections for the Senate and the House before he won the most important election of all. Lincoln ultimately prevailed, he saved our Union and he defined our obligation as Americans for all of history.

Then, Cheney appeared on NBC’s Today show the morning after her embarrassing primary loss and said a presidential run is “something I’m thinking about,” and announced she would make her decision “in the coming months.”

Cheney also said she hopes to be a part of a “broad and united front of Republicans, Democrats, and Independents” that hopes to defeat Trump, whom she believes “continues to pose a very grave threat and risk to our republic.”

However, Romney also noted that the GOP is “very much” behind Trump and his voice “is the loudest and the strongest” within the party. Romney said:

My party has changed a great deal over the last decade. It will change again over the next 10 years. I can’t tell you how, but I think we’ll have more voices than one at some point. But right now one voice, and that’s President Trump’s voice, is the loudest and the strongest and bucking him is something people will do at their peril.

Romney also said he does not think any Never Trump Republican has a “realistic chance” of winning the party’s nomination in 2024.

“I don’t think someone who is seen outside the Trump circle would have any realistic chance of becoming the nominee in 2024, barring something I can’t foresee at this stage,” Romney said.

“If he doesn’t run again, I think it’ll be people who either were supporters of his or people who didn’t say much about him and then would be open to become the nominee,” he continued.

Romney’s analysis is correct, as a recent Harvard poll found that Trump is the clear favorite in a prospective 2024 Republican primary. Florida Gov. Ron DeSantis (R), a strong supporter of Trump, came in second place with 19 percent, compared to Trump’s 52 percent.