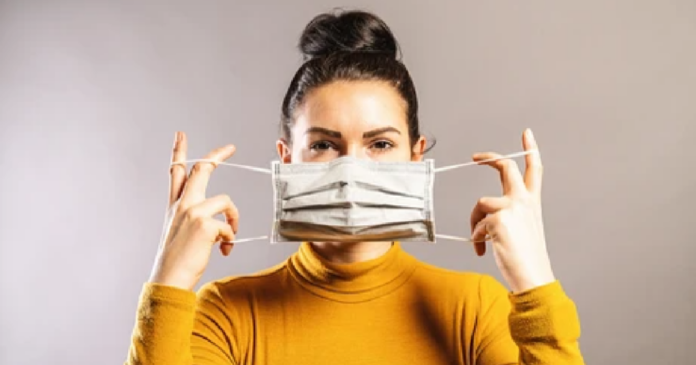 Anywhere you go, you’ll see the occasional person wearing a mask. The CDC isn’t requiring them anymore. If you’ve had COVID, you have some natural immunity. Otherwise, you’re vaccinated and know that you’re unlikely to get a bad case of COVID.

Yet, one university has decided that they want to continue to make masks mandatory.

Rutgers University has decided that it will not be eliminating the mask or vaccine mandate for the fall semester. They are citing that there are risks for both COVID as well as monkeypox.

Here’s the thing, though. Monkeypox isn’t going to be caught if you don’t wear a mask. It’s typically contracted between sexually active gay men.

Rutgers has made it clear on its stance, however. “Both have tremendous potential to affect the health and well-being of our community.” They were specifically citing the BA.5 subvariant of Omicron. While there are a number of subvariants going around, the virus seems to hit people regardless of whether they’ve been vaccinated or not.

And as for the masks, well, we all know that they’re uncomfortable. It’s hard to focus on academics when you’re being smothered by several layers of fabric.

The university has explained that most of the hospitalizations are as a result of people having COVID along with other symptoms as opposed to being hospitalized specifically for COVID. They believe that the low hospitalization rates within the community are because of their “communitywide mitigation efforts” over the past two years.

There are low hospitalization efforts where there isn’t mandatory masking and vaccinating, too. Why? COVID has run its course through the country over the past two years. Complicated cases of COVID are few and far between – so it seems that Rutgers is taking things a bit too far.

As Breitbart News reported, mask mandates have “done little to nothing” to reduce the spread of COVID. That can be seen throughout 2020 and 2021 when masks were required everywhere, yet people were still getting sick at record rates. Blue states who had strict mask mandates actually reported higher cases of the virus than the mask-free states like Texas and Florida.

Rutgers has focused on monkeypox alongside of COVID, identifying it as a health concern that students should be aware of. This is when they really start to go into a liberal level of fearmongering.

Monkeypox isn’t a serious health concern for the average person. It is not spread through casual exposure. Wearing a mask won’t protect. And if you’re not engaging in homosexual sex with an infected person, you’re unlikely to get monkeypox. Yet, the university doesn’t want to come forward and explain that.

Instead, they say that it is a “significant new public health concern.”

All that being said, the university isn’t offering treatments for monkeypox, which would include the hard-to-find vaccine that is being touted by the government.

The university is open to changing the protocols during the fall semester as they monitor both of the viruses. However, since they are one of the few universities with any protocols still remaining, it is unlikely that students should expect any relief.

None of this should be too surprising. After all, Rutgers is in the liberal state of New Jersey. And they are “an academic health leader,” which means that they have subscribed to the Dr. Fauci way of getting all riled up about nothing and fearmongering to everyone to create widespread panic.

It wouldn’t be shocking if Rutgers has seen lower-than-average admissions because of their protocols.