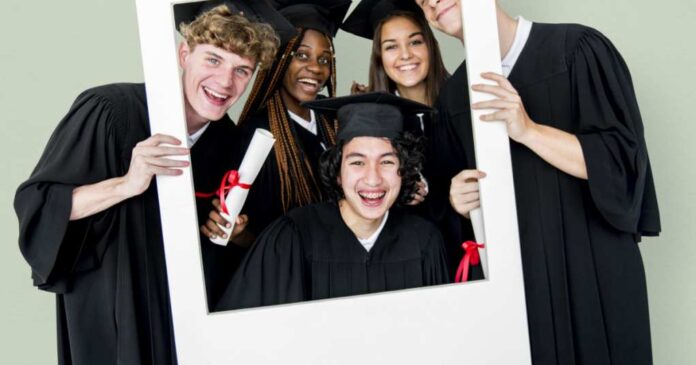 The COVID-19 pandemic brought the nation to a screeching halt. Life was put on hold as friends and loved ones fell victim to the disease’s unrelenting grip and hospitals exploded beyond capacity. For the most part, we’ve counted our losses and come out of hiding, but the effects of the nation’s total shutdown continue to reverberate in unexpected ways.

Angel Hope scored multiple college scholarship offers by graduating in the top 5% of his high school class. He thought he was prepared to take on the world until an exam from the University of Wisconsin proved otherwise,

To assist the University in developing the best-suited curriculum for incoming students, the exam was designed to determine how much knowledge they’d picked up in high school.

They may have as well written the test in Swahili. As Hope stared at a slew of questions that baffled him, he frustratingly threw hail Marys at the answers.

Hope, who spent nearly one-third of his time as a high school student at home, is not unlike most recently graduated students around the country. Online classes were boring and impossibly difficult to follow, and there was no way for teachers to monitor attendance, a fact that every student was aware of.

Hope said he would sometimes skip school altogether to pick up a few extra hours at his part-time job. On other days he’d play video games with his siblings, and sometimes he just felt like sleeping in.

Although Hope disdained algebra and seldom attended, he still received A’s and B’s due to teachers being told to grant leniency with their grading. Since Hope had been a good student prior to the pandemic, his teachers assumed he still was, and they had little else to go by.

Hope, 18, who resides in Milwaukee, said, “It was like school was optional. It wasn’t a mandatory thing. I feel like I really didn’t learn anything.”

Hundreds of thousands of pandemic generation students are packing up for college after spending over half of their high school years being forced to deal with the total life-disrupting pandemic.

They encountered massive teacher shortages and there were no study groups or extra-curricular activities. There were no dances or proms to attend. There was no pouring chemicals into test tubes or dissecting frogs, and there was no sneaking out back for a smoke.

Incoming college students are significantly undereducated in both academics and relationship skills. They’ve been kept behind closed doors with little outside contact and minimal to no monitoring of their education.

It’s anticipated that many of the college-bound students will surrender to the stress of college programs they’re vastly unprepared for, and drop out. This will not affect their long-term earning abilities, but it’ll also leave the country with an unhealthy workforce of undereducated employees.

Allison Wagner reviews applications for a program that provides counseling and financial aid for qualified low-income students in Milwaukee. She was shocked when she discovered how many students had been given half days off to work part-time jobs.

Many of them worked in grocery stores or in fast-food joints that were allowed to remain open. She was also startled by how many students were allowed to opt-out of math and science classes due to teacher shortages. They had been taught absolutely nothing in these two important areas.

We have yet to count the total cost of the pandemic. Call it long-term COVID, if you will. Currently, the U.S. ranks #1 in the world for education, but this ranking may fall when our colleges and universities are forced to lower their standards to accommodate this generation of students.

The pandemic is far from being over.