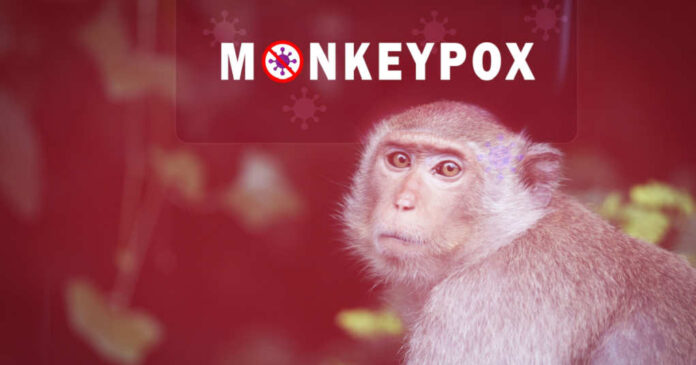 If you haven’t heard, the US is experiencing another viral outbreak. This time it’s monkeypox, a disease that is usually only seen as endemics in third-world countries in Africa, as it occurs when infected rodents or small animals bite humans.

Until May, it was never considered to be all that contagious or transferrable. However, a growing number of cases both in the US and Europe have changed that opinion. Since May, some 39,000 cases or so have been reported in countries that typically or have not ever had known cases of monkeypox.

The US has reported more cases than any other nation so far, with more than 130,500 reports of it.

Naturally, this rise in cases has spurred the government, and more specifically, the White House, to take action. And yes, that includes getting a vaccine out there to “stop the spread,” just as they did with COVID-19. Democratic President Joe Biden has even gone so far as to create a new White House position for a monkeypox czar.

That man, Bob Fenton, says, “More shots in the arms is how we get the outbreak under control.”

However, if you didn’t already know, monkeypox is usually contracted by 1) men and 2) gay men. According to reports, 98 percent of all US cases are men, and 93 percent of those were men who have been sexually active with other men.

This is because, as health officials say, the virus is mainly spread through skin-on-skin contact. However, it can also be contracted by coming into contact with such things as linens used by someone whose been infected with monkeypox.

As you can imagine, the disease is pretty much running wild throughout the LBGT community, which is exactly why the White House, with the help of health groups like the Centers for Disease Control and Prevention or CDC, is sending out an additional 50,000 vaccines to cities who are hosting upcoming gay pride events.

According to the Associated Press, at least a dozen gay pride events are scheduled throughout the US over the next couple of months. These include rather large events in early September in both Atlanta and New Orleans. This weekend, Charlotte, North Carolina, also hosts its Pride Festival and Parade. US officials are sending an additional 2,000 vaccine doses there in anticipation.

Officials say the number of doses sent depends on things like the size of the event, the number of workers to give the shots, and how many “at-risk” individuals might be in attendance.

One of the nation’s largest LBGTQ events, Southern Decadence, for example, takes place in New Orleans over Labor Day weekend and is expected to bring in some 200,000 people. In preparation, a former grand marshal of the parade, Frank Perez, says that quite a few of the gay bars in the area have already held vaccination events.

Of course, “more is better,” as he says.

However, it’s important to note that much like the COVID “vaccine,” the one for monkeypox is a two-part series. So simply receiving one dose at an event won’t “provide protection at the event itself,” says Dr. Rochelle Walensky, CDC’s director.

Additionally, the government urges that other steps be taken to prevent the spread, such as limiting sexual partners temporarily.

Of course, the government is also running low on these vaccines already. And so, they have moved to stretch their supply further by only injecting individuals with a fifth of the usual dosage.

But this too has complications, as it must be administered just below the skin instead of a full vial injected into much deeper tissue. Few health workers have experienced giving these much shallower shots, which also require different syringes and needles.

There is another order out on the vaccine, though. Some 1.8 million doses are supposed to be coming next week. And likely, a lot more of those will be sent to specific upcoming LBGT events. Of course, the safer route just might be to cancel them, as they did for everything during COVID.