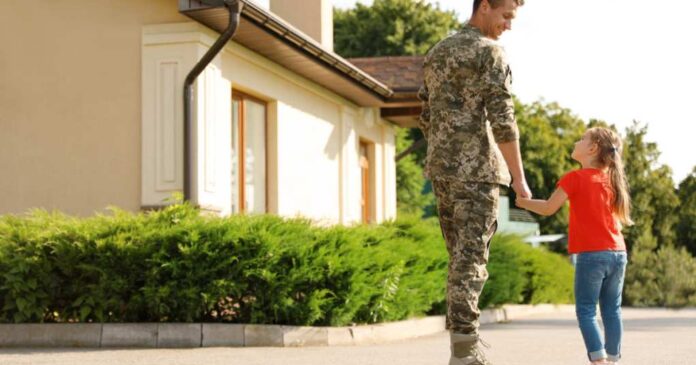 If you didn’t already realize, enlisting in the US military isn’t all that lucrative. Those within just about any military branch rarely find themselves in an upper tax bracket unless their family has money, marry into it, or end up in the highest positions within a certain branch. Even then, it’s known that these individuals are paid far less than most of even the most basic Congressional members.

Suffice it to say that no one goes into the Army, Marines, Navy, Air Force, or Coast Guard thinking they will come out rich. That’s especially true for reservists, who aren’t paid salaries unless they have been deployed. Instead, these individuals usually have civilian jobs or careers and live stateside with their families.

Upon the chance that they are called to action, it is only then that they receive payment, which depending on the assignment, may take several different forms.

Naturally, one of those is money for housing, should they be stationed overseas or far from home for a time. Now, for reservists who don’t live on base and therefore usually have an actual mortgage or rent, this means that money may be given both to pay for their housing here in the States while they are gone and to pay for whatever housing needs they have while on assignment.

However, it would seem that the US Army, specifically, doesn’t want to pay for such things anymore. And so, for a number of reservists, they have gone over a year now without the benefit of housing allowances, despite a review board ordering the service to do so.

The case began four years ago when several Army reservists were sent to Germany on a temporary assignment. For at least seven of those people, they were not paid the allowances usually given for housing needs.

According to the seven’s lawyer, Patrick Hughes, the combined total his clients should have been given for housing is around $500,000 for the time they were on assignment.

But Army finance officials have argued that they are not actually required to pay housing costs for either home here in America and/or overseas for reservists who are given abroad assignments and not given on-post accommodations, even though their back home bills don’t get stopped while they are gone. Additionally, these individuals are usually required to take an extended leave of absence from their civilian jobs to serve.

And so the matter went before an Army review board last August.

The board decided that the Army had wrongly interpreted a law that led to “unjust actions” against these reservists. As a result, the board ruled that the Army finance office would be subject to a number of investigations, including fraud, and officials would be denied promotion, as well as held responsible for repaying the allowances that had been denied.

The seven soldiers were to be repaid by no later than October 2021. In addition, all negative findings, letters of reprimand, and Army criminal files stored on these men and women were ordered to be deleted.

But so far, only one of the seven has been repaid, according to Hughes. And nothing about their records being wiped clean has been confirmed either.

Besides, they aren’t the only reservists who have been denied payment since then. Several others have now even joined the suit. In fact, according to Hughes, it is estimated that hundreds or possibly even thousands of reservists have been denied the proper housing allowances because of this same faulty interpretation.

History shows that for decades, reservists were paid dual allowances, one for their civilian home and one for housing needs on assignment, according to the Joint Travel Regulation. But in 2016, Army finance officials in Europe suddenly decided to change their interpretation of the rule. From then on, reservists were only paid one allowance.

But apparently, they applied this change to the past as well. So for those who had received dual payments before, Army finance officials decided they had already gotten what was owed to them and so didn’t pay them anything.

And despite being told that this was a problematic interpretation, the Army is still refusing to pay. As a result, Hughes is now seeking the attention of a federal court. Hopefully, this will result in justice for these reservists.