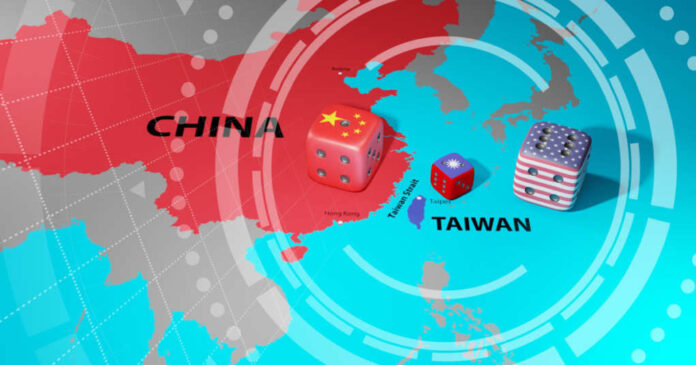 The more information that comes out about China’s threats and the reactions from President Biden the more confused he truly sounds.

When tensions start rising with another superpower country like China as we attempt to support a country, they claim belongs to them, it’s just not a bright move for American futures or those in Taiwan. As it stands China has already been conducting “training exercises” and running a standard show of force around the small island. Considering it was Biden’s favorite member of the House Nancy Pelosi that lit that fuse with her visit to Taiwan, none of this is too surprising.

A statement from the Office of the U.S. Trade Representative claimed that the negotiations of the trade pact are set to being this fall. This pact is estimated to cover 11 different areas that are beneficial to both countries. Regulatory practices, Anticorruption, agriculture, digital trade, labor environment, and state-owned enterprises are just some of the estimated areas for this pact to cover.

Deputy U.S. Trade Representative Sarah Bianchi provided support for these goals. She believes this agreement will provide an opportunity for the US and Taiwan to “deepen our trade and investment relationship, advance mutual trade priorities based on shared values, and promote innovation and inclusive economic growth for our workers and businesses.”

While these kinds of agreements tend to bring nations closer together, they could also fly right in the face of American interests. Taiwan’s main exports tend to lean towards electronics, from computer-based machines to the computers themselves and other electronic components. Given our current position of buying a lot of that from them already, this new trade pact sounds like it could be the US selling them more, and them just doubling down on what they already send here.

Given the new CHIPS act that provided billions of taxpayer dollars to provide incentives for the US to generate, refine, and produce more computer chips and electronics here. This makes getting these exports from Taiwan a complete slap in the face to the companies that are supposed to change the computer chip market here in the US. While this kind of double cross from Biden isn’t surprising, the timing of it is odd.

As we near the halfway mark of his first (and likely only) term in office, nearly everything President Biden has touched has turned into a dumpster fire. Unlike the movies though, the bums aren’t coming over to warm their hands. They know this one is way too toxic.

Since the withdrawal of Afghanistan, he has been an abysmal failure. Under his watch Texas got an absolute minimum of help after a massive ice storm and blackout, the cost of energy has surged higher, the dollar has become inflated at an unprecedented rate, and our infrastructure is still weaker than it has ever been. Even the people who voted for him expecting Obama 2.0 are shaking their heads in disbelief.

So, making these kinds of promises is yet another on the long list of failures his administration is responsible for. The problem with this one is much like the withdrawal from Afghanistan, if done wrong, we could be looking at a massive surge in conflict. China has openly stated that they aren’t playing games with Taiwan, so why Biden wants to poke the sleeping dragon is beyond comprehension.

For Taiwan, there is no downside to this pact. Taiwan’s Office of Trade Negotiations issued a statement where they claimed that these talks could not only strengthen investments in Taiwan but could help to deepen the relationship between the two countries. Additionally, it has the potential to build Taiwan’s economic strength and land bigger international pacts.

Needless to say, this is yet again another Biden move where the American people see little to no real benefits directly, but now Taiwan benefits greatly. This pact also guarantees American protection from a Chinese invasion. Welcome to WWIII.