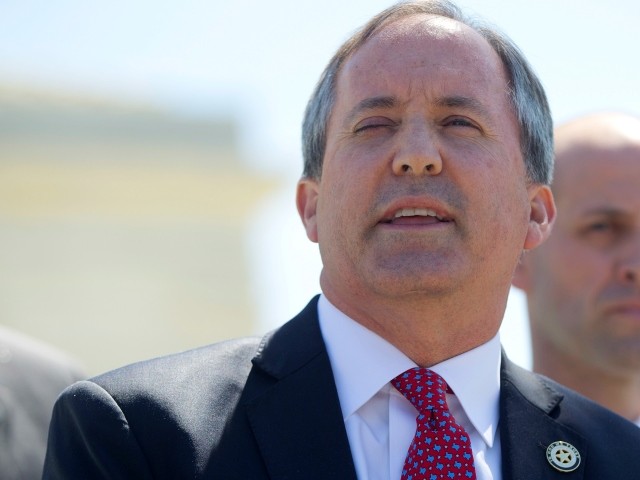 Paxton praised the Lone Star State’s bussing of volunteer migrants to New York City and Washington. He noted that the measure prompted two Democrat mayors — Mayors Eric Adams and Muriel Bowser — to complain about the burden of dealing with fallout from immigration policies they push.

“It was a pretty, I think, genius idea by Governor Abbott,” Paxton stated. “I wasn’t sure how well it would work, because we were taking volunteers, and I didn’t know how many people we would get to volunteer to go to D.C. and places like New York, but it turns out there’s enough of them to at least make the point, and clearly to have an impact on Washington, D.C., and New York, even though it is a small number of people, particularly relative to what we’re dealing with every day.”

He added, “We get more people every day than they’ve had to deal with in total. It points out how difficult this situation is, because obviously, you’ve heard complaints from both mayors about how much it’s costing them, and how they’re being overrun with issues like crime. It just highlights how bad this situation is when you have a couple of Democratic mayors complaining about really a drop in the bucket compared to what we’re dealing with.”

Paxton explained, “It’s a pretty simple process. The people are asked if they want to get on a bus to Washington, D.C., or New York. They have to sign a consent form sign saying they understand what they’re doing, and my understanding is that it’s given to them in whatever language that they speak.”

Paxton concluded by noting that Democrats use illegal immigration as a political weapon against Republican states.

“The mayors are saying nothing — you’ll notice — they don’t complain at all about Joe Biden inviting these people to the country,” Paxton remarked. “They just say, once [the migrants] are here, we shouldn’t send them anywhere else other than Texas or wherever the federal government wants to send them.”

He emphasized, “Governor Abbot is highlighting how ludicrous their arguments are, and how unsympathetic they are to our plight, but they become very sensitive when they experience just a tiny bit of the pain that we’re experiencing. And yet, even when they’re experiencing that pain, they criticize us — the Texas governor and Texas — as opposed to the person who’s actually causing it.”