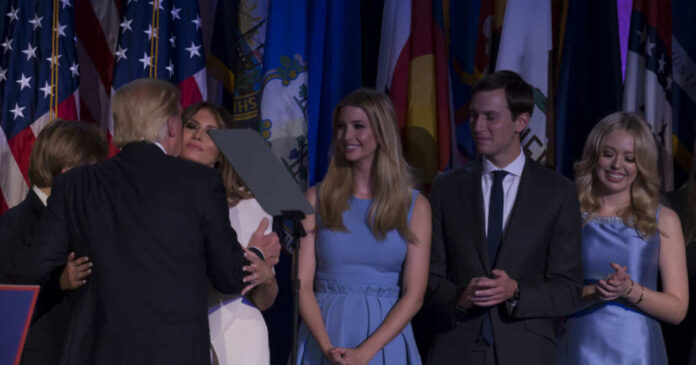 Jared Kushner, former President Donald Trump’s son-in-law, is finally talking about the FBI raid on Mar-a-Lago. He has been nabbed by some as a possible mole who worked with the FBI.

But recently, Kushner said that the raid by the FBI was another example of Trump’s “enemies” persecuting him.

“President Trump is a fighter, he’s always been a fighter,” Kushner said to Fox News host Mark Levin. “In the way that he drives his enemies so crazy, they always over pursue him and make mistakes in trying to get him. That’s basically what happened here.” These were the first remarks that Kushner made about the August 8th raid on Trump’s personal residence.

Some are convinced that there was a person, or people, within Trump’s inner circle who was helping the FBI. There have been some reports that the raid was based on information that was given by a confidential human source.

Trump’s attorney met with the FBI at Mar-a-Lago in June to talk about the return of classified documents that were being stored at the residence. And it appears that someone told the FBI officials that there could be more top-secret documents stored there, according to a report by the Wall Street Journal.

“You have to look seriously at Jared Kushner,” she told the network.

Others are fueling this story by claiming that Kushner and his wife, Ivanka Trump, have been trying to create space for the former president.

“I think Jared Kushner has a great paranoia for reasons to do with his family’s past. He doesn’t ever want to ever go to jail,” Lincoln Project co-founder Rick Wilson told MSNBC. “I suspect that the FBI and folks have a persuasive argument there that he should talk.”

But on “Life, Liberty and Levin” this past Saturday, Kushner took a defensive posture.

He painted a picture of a longstanding playbook that Trump’s enemies have used and continue to use. The Department of Justice continues to communicate that the raid aimed to see if Trump wrongly possessed classified documents and may have committed several crimes in the process.

But Kushner focused on the fact that his father-in-law, “drives his enemies so crazy, they always over-pursue him and make mistakes in trying to get him, and that’s basically what happened here.”

He said that is what is happening now and this is being done by the same “enemies” in the same ways.

In a statement that seemed to agree with Levin’s characterization of the raid as a “despicable attack,” Kushner said, “It is giving a lot of people who want to believe in the fairness of the judicial system and our democracy a lot of pause and concern.”

Levin did not ask Kushner what he thought about the reports that there is a mole in Trump’s inner circle, even though sources told both Newsweek and The Wall Street Journal that someone close to Trump guided the feds to the exact location of the documents.

Trump’s former White House acting chief of staff, Mick Mulvaney, believes that if there is a mole in the inner circle, it would have to be one of “six to eight people” and that would include Kushner.

But they also clarified that as one of that inner circle, he was not aware of the existence of the safe where FBI agents found some documents.

Trump’s niece is not alone in her suggestion regarding Kushner, Trump’s former lawyer Michael Cohen also referenced the possibility that Kushner is the leak in an interview with Natalie Musumeci from the “Insider.”