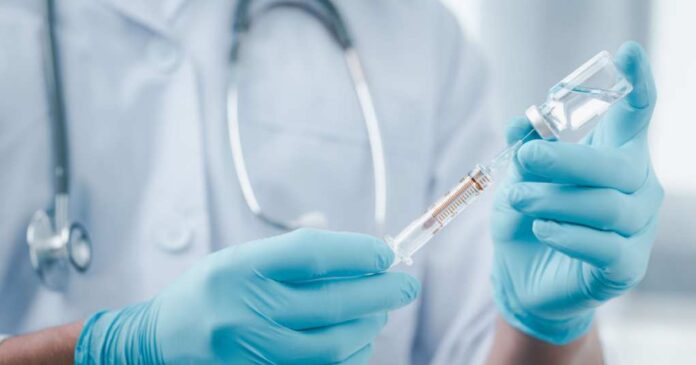 The world has seen what can happen when the private sector is empowered by leaders that believe true innovation begins with brilliant minds being allowed to solve problems. The COVID-19 pandemic showed what can happen when the country is faced with an impossible task. Former President Donald Trump turned to the private sector seeking help to create a vaccine that would keep people from catching the coronavirus strain killing people by the thousands.

Trump’s enemies scoffed at the idea and claimed it could never be done. The Democrats constantly think that they have all the answers, and the federal government is the only entity that comes up with solutions. But the private sector proved they were wrong and developed not just one vaccine but three different choices that would meet the country’s demand.

The Democrats continue to think that they have all the answers arrogantly. Their efforts to control the spread of the new virus called Monkeypox have failed like all the similar methods used during the COVID-19 pandemic. And when a new virus threatened the public, they thought they could control it through lockdown measures.

And now that the Monkeypox virus is gaining speed, the drug manufacturer is claiming that they will not be able to keep up with the global demand. The liberal president has failed to encourage drug makers to work at creating a vaccine that will meet the rising demand. He has been silent on the issue and refuses to get involved.

The Danish-based company is telling the world that they need help. But Biden sits in his rocking chair and refuses to do anything to empower American drug makers to get involved and produce a vaccine to help the rest of the world.

The World Health Organization warns that the outbreak is an emergency that demands international attention. President Biden can’t bring himself to let the public engage in helping during the emergency. He believes that the federal government should act on behalf of the people and come up with a solution. But the problem is that the Democrats move slower than a sloth when taking action.

Rolf Sorensen is a vice president with Bavarian Nordic. He admits that the company will fall behind as more medical professionals demand the vaccine. He stated that “It’s a very dynamic market situation. Demand keeps rising and it’s no longer certain that we can continue to meet the demand we’re facing even with upgrading our existing manufacturing site in Denmark.”

The Monkeypox virus is another threat that the world is facing. The Democrats are pompous and arrogant to think they have the answer to the problem alone. Sorenson has already admitted that a partnership with the United States may be the answer. But knowing how Joe Biden likes to take credit for everything, it is inevitable that he will try and control the process.

Newsbreak reported that Sorenson stated, “We’re looking at ways to get help from partners in all the various production steps of the vaccine. We don’t have any concrete negotiations with bulk producers, but we’re investigating and looking at what options there are.”

Sorenson’s vaccine from Bavarian Nordic is approved for use in the United States. The development of the vaccine would not have to wait for production since it is already approved. Developers within America must be allowed to help manufacture the vaccine without Biden messing up the process.

Newsbreak also reports that the Center for Disease Control admits that there are 12,600 cases in America. The virus acts like the flu but is accompanied by sores that show up all over the body.

The world needs a Republican president willing to go out of his way to help the people. Joe Biden has proven that he cannot be trusted to put America first and work at protecting the people from enemies of different sources.

Protection from viral invasions is one of the ways that the president should work to protect the people. But Biden likes to expose people to infection as he did during the COVID pandemic with open borders.