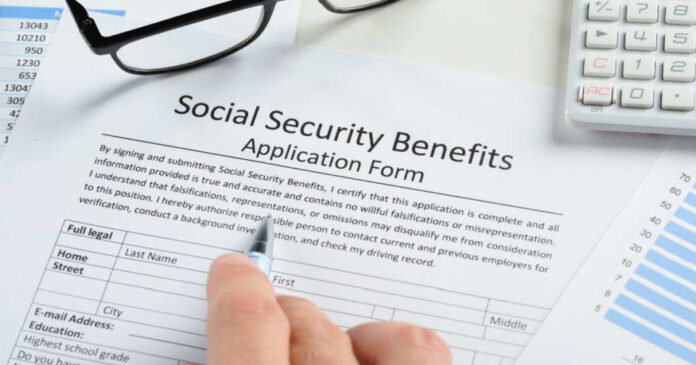 If you’re anything like me, you’ve probably heard rumors of decreasing social security benefits for years. I remember being told that, at the rate things are going, I was likely to end up with little to no social security available to me. Therefore, I had better save up all that I could.

Now, of course, this could have been a ploy to encourage me to save and not spend my birthday money. Then again, it seemed that adults were always talking about it, even when my meager childhood funds weren’t involved.

In any case, the idea that social security would no longer be something American seniors could rely on has been around for a while.

But now, there are actual people in the know saying as much.

According to a statement made by Senator Lindsay Graham in a recent interview, the program could soon see Americans receiving not only smaller payments but also being forced to pay more towards it.

The statements were made during a debate between Graham and democratic socialist Senator Bernie Sanders, where the two discussed the soundness or longevity of Social Security in the US.

Both admitted that there were indeed a few problems with the program, namely funding for it.

As of right now, those on social security are barely receiving enough to cover just the basics each month, $1,648, according to an announcement from the Social Security Administration. And in some states, such as New York, where the cost of living is 20 percent higher than the rest of the country, this amount definitely isn’t cutting it.

Now, it is important to point out that thanks to the cost-of-living adjustment or COLA, social security benefits are adjusted yearly as the cost of living and such goes up. This year’s monthly amount is $93 more than that of last year’s.

However, it’s still not enough to maintain the needs of most American seniors, those with disabilities, or who have lost spouses and children – especially during a time of such economic uncertainty. Along with the ever-rising cost of living, inflation is in full swing, gas prices are way higher than normal, and rent and housing costs are soaring.

The inflation rate peaked in June at a whopping 9.1 percent, the highest since 1981. Gas prices peaked that month, too, coming in at a national average of over $5 a gallon. And according to banking executives, rent is up some 15 percent in some places.

This means that while retirees might technically be receiving more than they did last year from Social Security, it doesn’t actually add up to more with everything else going on.

Now, with all that inflation and such, the COLA is likely to add a significant amount to Social Security in the next year. However, that amount hasn’t been announced yet, as it comes out in October. Besides, it’s still not likely to be enough for most.

So how do we get more to each social security recipient?

Of course, this is where Sanders and Graham differed vastly on their ideas to fix those issues.

Sanders, as usual, thinks the solution is to raise taxes, primarily on the wealthy, so that the amount given in Social Security a month can be increased to about $2,400, according to CNBC. But as Graham points out, it will actually mean less for most Americans.

As I just mentioned, Sanders wants to raise taxes to pay for this social security increase. And while he says the wealthy will be targeted, the average American will likely end up paying more, too, according to the Federal Insurance Contributions Act or FICA.

So as Graham says, we will likely have to “pay a little more in” while also receiving a “little less” due to inflation.

Additionally, he noted that they might also have to adjust the age of those receiving social security for retirement, which, again, is problematic.

So you might want to begin if you haven’t started saving for retirement, using either a 401(k), IRA, or a high-interest account. Because it’s looking like all those rumors about social security not being worth much are all true.