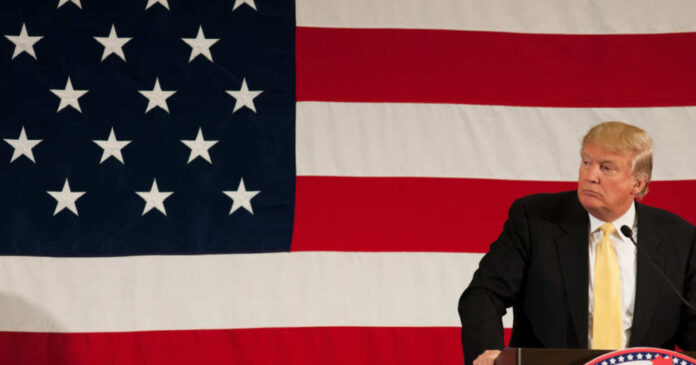 There is no doubt that the Democrats have willfully attacked former President Donald Trump while he was in office. They fought him on every decision that he made for the country. They could not accept that a Republican beat out their top candidate in the 2016 election. And how they attacked the man shows how devious and crooked they have become as a political party.

The former president has been treated like a criminal since he left the White House. The liberals used the FBI and the Department of Justice to raid his home looking for documents that were no longer in his possession. They had come to believe that he willfully kept secret documents that should have been turned over to the National Archive.

As president, Trump would have had access to the most sensitive and secret reports. But now that he has been out of office, the truth has surfaced that the vital information was kept from his ears by the CIA.

Douglas London was an official working at the CIA while Trump was president. He revealed that important information was kept from Trump’s desk because they feared he would tell the world or take drastic action on the news.

The idea that Trump would leak sensitive information was a false narrative developed by people that could not stand him being the president. They came up with the story he would be the end of the world leader if he had reason to take action.

Douglas London, a high-ranking CIA counterterrorism official during the Trump administration, told the New York Times that the agency would hold back information from the president — more than is typically withheld from a president.

American Military News reported, “In 2019, CNN reported that Trump shared classified information with Russian Foreign Minister Sergei Lavrov in 2017 and that the CIA decided to extract a deep-cover agent working in Russia. CNN reported that the decision was taken, in part, out of concern Trump could have exposed the agent. The CIA issued a rare public statement refuting CNN’s reporting.”

The liberal media claimed that the former president was giving away classified information to America’s enemies. But that was later refuted by the agency admitting to keeping information from him.

American Military News also reported, “In one alleged incident following an explosion at an Iranian space launch facility, Trump reportedly clashed with intelligence officials over whether he could share a satellite image of the damaged Iranian facility. Trump reportedly asserted his presidential authority to decide what was and wasn’t classified, saying, ‘I have declassification authority. I can do anything I want.’”

The truth is that the president does have the authority to declassify specific reports. The Democrats saw this power as a threat to their secret plans of destroying the country. The fear of declassified material was part of why Trump’s home was recently raided. The liberal needed a way to get back material that had been declassified. They cannot risk the truth about their illegal actions over the past several years.

Trump’s declassification authority recently became a topic of interest with the FBI raid on his Mar-a-Lago resort. Court filings said FBI agents recovered classified documents from Trump’s property, though the former president insisted he had already declassified the materials.

President Joe Biden has no problem using federal agencies to attack his opponents.

The Department of Justice and the FBI were used to get back documents that were declassified. The liberals conducted an illegal search and seizure of Trump’s private home with the hopes that secret classified information would be found. But all they got was a messy situation they had to answer for.

Former President Donald Trump was the most honest president to serve the country in a long time. He was true to his word and served the people exactly the way he said he would. His actions were an affront to the nastiness that has come to define the Democratic Party. They could not stand to see themselves constantly compared to Trump so they planned to tear him down at any cost.