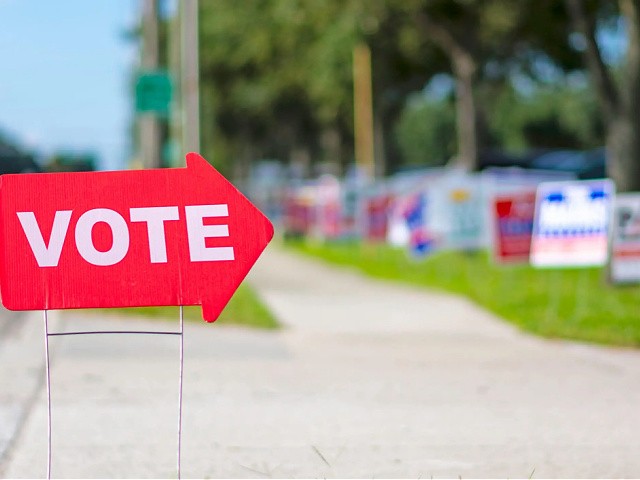 “Over 96,000 newly naturalized Americans in the state, who naturalized between 2016 and 2020, could significantly influence the outcome of the 2022 midterm elections,’ said the press statement by National Partnership for New Americans (NPNA), the SEIU union, and various Georgia-based, pro-migration groups. It added:

“We’re knocking on doors, we’re having conversations with community members, we are registering people at festivals,” Jerry Gonzalez, the CEO of the Georgia Association of Latino Elected Officials (GALEO) told 11Alivecom. “So the Latino electorate in Georgia is truly powerful, and it’s also outperforming the national low voter participation rate,” he added.

The naturalization includes many Indians, who are one of the most pro-diversity, pro-Democratic immigrant blocs. “The number of newly naturalized citizens originally from India, 11,188, is nearly equal to the margin of victory during the November 2020 presidential election,” the statement said.

Georgia used to be a solidly red state. However, the growing number of legal and illegal migrants recruited by businesses has allowed the Democrats to gain state seats and to win a national Senate majority in 2021 when Georgians elected two Democrat Senators.

Nationwide, Democrats are hoping to naturalize two million legal immigrants in time for the November election. The NPNA website says:

Our campaign goal to Naturalize #2MillionBy2022 is a partnership among the country’s leading immigrant and refugee advocacy and service organizations, cities and counties and national advocacy organizations and unions.

In a July report, the group claimed the growing population of additional legal-immigrant voters:

By the time of the 2022 midterm elections, they can total an estimated 5.19 million … This multiracial, multi-generational, and majority women group of [legal immigrant] naturalized citizens represent a potential voting bloc that in 2022 can decide various political outcomes including who controls the U.S. Senate by voting in states like Georgia, Arizona, Nevada, Pennsylvania, and Florida

The mass inflow of Democratic-voting legal immigrants is protected by the Georgia business groups. The groups — including agriculture, construction, retail, and landlords — strongly favor the extraction of additional workers, consumers, and renters from foreign countries, by both legal and illegal migration. This political skew is reducing American employees’ wages, raising their housing costs, and diminishing their political and civic power.

The business lobby has huge sway over the state GOP, which has done very little to exclude a huge number of illegal migrants — perhaps 500,000 — from the state’s jobs, housing, and schools, said D.A. King, the founder of the Dustin Inman Society. which favors immigration reforms to benefit ordinary Americans.

For example, King is now trying to get the GOP governor of Georgia, Brian Kemp, to enforce a Georgia law that requires sheriffs to report jailed illegals to the federal government.

GOP leaders also downplay the data showing that legal migrants strongly favor Democratic legislators. For example, Kemp promoted voting by five pro-Democratic foreign-language populations when he served as Secretary of State from 2010 to 2018.

The state also automatically enrolls citizens for voting whenever they get a new driver’s license, said, King. Non-naturalized migrants need to actively opt out to avoid registering for voting, he said, adding “that is a huge part of how the Democrats have registered so many voters.”

Most immigrant populations tend to move toward the center only after 20 or 40 years. For example, a rising minority share of Latinos is now willing to vote GOP because of the Democrats’ bad management of the economy and the border.

Asian American voters have steadily shifted in the direction of Democrats since the turn of the century, as a younger and more liberal generation has come of age politically, while conservative-leaning older voters have turned away from the Republican Party’s … views on race and national identity.

Tracy Xu, a voter at [Democratic Sen. Michelle] Au’s event, said she planned to vote for Democrats in November because she was upset about gun crime and the rollback of abortion rights. The law enacted by Georgia Republicans to ban most abortions, Ms. Xu said, reminded her of the repressive reproductive policies in China, where she lived for the first half of her life.

But the donor-dominated Georgia GOP is trying to win votes from legal immigrants in Georgia by nominating naturalized immigrants for state seats, the New York Times noted:

The press statement from the Latino group CASA provided additional information about the newly naturalized voters:

Decades of data show that new immigrants are among the most pro-Democratic groups, partly because the Democrats are eager to enable the preservation of their home-countries cultures — such as India’s caste culture — and also to provide welfare.

But “there’s a certain amount of Republicans who actually believe that … a majority of all the immigrants are going to vote for Republicans,” he said. “It’s a mystery to me,” he said, adding, “the Georgia government is driven by what the Georgia Chamber of Commerce dictates.”

Voters do not recognize the power of business lobbies in Georgia politics, said King:

The Georgia Chamber of Commerce has their own lobbyists around the Capitol, and I know that [House] speaker [Rep.] David Ralston [GA-7], the second most powerful man in the state of Georgia, has told state representatives -after he clears a bill to be dropped — to go clear it with the Chamber of Commerce.

Kemp aligns himself with the state’s business employers. His campaign website says:

Governor Kemp built his first business – Kemp Development and Construction Company – with a pick-up truck and a shovel. Over thirty years later, he is a successful entrepreneur with companies and investments in banking, farming, timber, manufacturing, and real estate.

“After spending the last eighteen years watching Republican voters in the monthly Saturday morning breakfasts and working in the national and state Capitols,” said King, “I can sadly report that most of the voters have no idea how their government really works.”