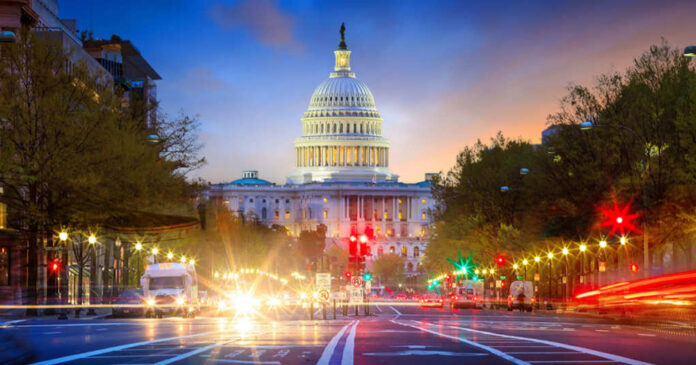 Mayors in Washington DC and New York City as well as the elected representatives for their cities/districts have been vocal about not wanting to support the mission of resolving the crisis at the border. Given their continuous speeches and quotes about this being a nation of immigrants, many elected officials along the border decided to share that responsibility with them. A responsibility that these mayors are unable to contend with.

In response to this influx of immigrants, Mayor Muriel Bowser of Washington DC requested support from the DC National Guard (DCNG) and was rejected twice. The first request was rejected on August 4th, with a second request for 150 DCNG troops on August 11th. These requests were rejected by the Pentagon due to a lack of adequate training for such a mission, a lack of resources, the tremendous impact on long-term operations, and potential impacts on military training.

Texas Gov. Greg Abbott has been bussing migrants to DC and NYC since April. With 7,000 being sent to DC and 900 to NYC, he is trying to spread the wealth. “Before we began busing migrants to New York, it was just Texas and Arizona that bore the brunt of all the chaos and problems that come with it. Now, the rest of America can understand exactly what is going on.”

Given the opposition to helping with this influx of illegal immigration from these two cities, he’s only doing what is right. If you’ve ever spent any significant time along the southern border, you can easily see how pervasive and persistent the problem is. The one point the mayors objecting to the bussing of these migrants is missing is that this is but a drop in the bucket. Border states are still taking in a large number more illegal immigrants than they are shipping out.

Meanwhile, Bowser doesn’t see this as sharing the wealth, but rather considers it to be a “politically motivated stunt.”

“We struggle with a broken immigration system in our country, and we know that cities alone cannot fix it. We will continue working with federal partners and local NGOs on the best way to set up systems that allow us to manage an ongoing humanitarian crisis.” These tweets indicate that she now realizes that this is a problem, but she is still unwilling to accept any responsibility to offer hands-on assistance in getting the country through this crisis.

The pandemic made this crisis even worse. To help deal with the problem, Texas introduced Operation Lone Star in March 2021. Since then, law enforcement officials claim they have apprehended over 300,000 illegal immigrants and seized over 326 million lethal doses of fentanyl. These numbers sound incredibly impressive, but when you think about how much of the border remains unstaffed, unfenced, and unprotected, it merely represents a drop in the bucket.

Try as hard as they might, the chokehold the Federal government has put on the Border Patrol budget, the lack of federal cooperation in building the fence since Trump left office, and the flippant attitudes of Democrats make this much worse. The attitudes are the biggest danger too. These same people who proclaim that they should just be allowed through or that the US owes them something as our nation struggles are the same ones who don’t provide any help to solving the problem.

They aren’t offering up places for them to stay, giving away food and clothing to help them get settled, or getting them jobs. Instead, they just expect our government to provide that for them, just like the illegals expect it. If they want the border states to provide this kind of help, then they either need to move there and offer it themselves or set up a program where they live. As it is, these states cannot take much more.