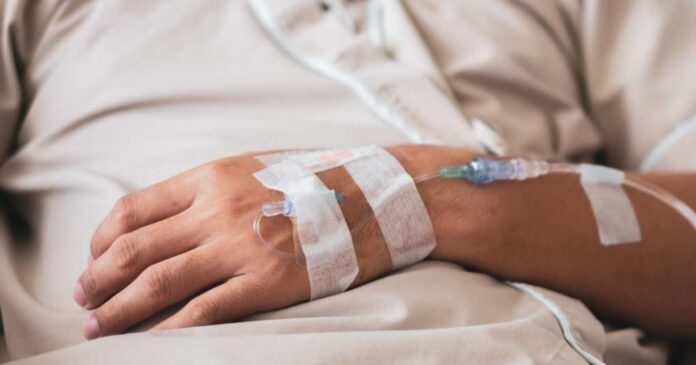 After decades of being at war, the Veteran’s Administration here in the US is facing a tremendous backlog of work. These brave men and women are consistently discovering new illnesses because of their service and given all that they were exposed to while deployed, or even on base back at home it’s astonishing how so many of them make it so long.

One of the most common diagnoses is Post Traumatic Stress Disorder (PTSD), with Traumatic Brain Injury (TBI) also being a part of that diagnosis. While the two certainly are not mutually exclusive, when combined they can form an incredibly bad combination for the veteran. The stacking effects between the two can be incredibly difficult to overcome and depending on the severity of the TBI it can be physically impossible to conquer.

Meanwhile, Veterans Affairs Canada (VAC) is making the push to ease that combination for their veterans. While reaching out for assistance to the VAC for PTSD, the rep brought up assistance in dying, or euthanasia without any prompting from the veteran, much to his complete surprise. According to family members, he had been making substantial progress and was on track for a full recovery but needed some help. Suffice to say he felt incredibly betrayed.

Wasting no time in formulating a response to this, the VAC issued a statement where they admitted to an incident “where medical assistance in dying was discussed inappropriately,” and pledged “appropriate administrative action will be taken,” in response to his outrage. After receiving several complaints, they also stated they “deeply regrets what transpired.” They did not follow up on what administrative actions they might include or outline how frequently this may be occurring.

In Canada, Medically Assisted Dying (MAID) was legalized in 2016. 2021 saw a sweeping reform of the program, which allowed further eligibility for those requesting help. In 2023 those with mental health disorders will be eligible for the program. However, MAID is not within the limits of the VAC’s scope.

As it stands suicide has already killed four times more post-9/11veterans here at home than in the wars in Iraq and Afghanistan combined. With many fed up with the ineffective programs being offered to them, finding out their skills learned in the military aren’t valuable to employers, and people constantly telling them they can just snap out of it, they see no way out.

While many are facing extra hurdles as the pandemic is going away, these brave men and women are facing it with the added weight of PTSD and/or TBIs. This combination is a lethal one, and when the VA doesn’t provide the help and support, they promised when they signed up, it feels insurmountable. Far too many have felt that the weight got to be too much and chose what they saw as the only choice they could control.

Free healthcare already being a thing in Canada, the VAC is a way to supplement that system and ensure their veterans get the help and support they need from their government. For a representative to turn around and suggest MAID, it’s a sign that at least one employee doesn’t get why they are there, or what this veteran had been through.

You wouldn’t suggest an addict start shooting heroin to get away from drinking. You wouldn’t send the survivor of a brutal murder to a slaughterhouse. So why tell someone already struggling with their mental health that you can help them punch their own ticket? It’s irresponsible, reprehensible, and evil. While those who have used the program are happy it exists instead of suffering every day, PTSD and TBIs are treatable. You just need providers that give a damn and something to work towards. Apparently, both Canada and the US Veterans Affairs departments just don’t get that.