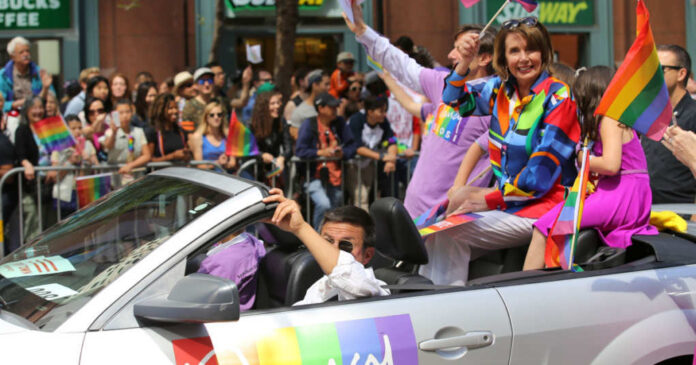 A few months ago, Paul Pelosi was pulled over in California. He was driving under the influence. As the husband of Nancy Pelosi, we knew that he wouldn’t be punished to the full extent of the law.

More details have come out, including the DUI video that proves that he was unable to perform the test. He and the officer were afraid that he would fall. As such, he was charged with a DUI.

At first, there were Democrats who tried to make it sound as though the DUI was no big deal. Paul simply had a few drinks on his way home.

That wasn’t the case. He was driving with a 0.08% blood alcohol level or higher. He also caused a car crash – which meant that it wasn’t just as simple as driving under the influence.

There were two charges against him, and the case has finally appeared in front of a judge. Paul Pelosi pleaded guilty to the DUI, which happened in Napa County.

The charges against Pelosi are simple. He serves five days in jail, he pays the victim of the crash restitution along with a court fine, and he completes a three-month DUI program. Additionally, he will be on probation for three years.

Is he getting off too easily? Well, that depends. If this is his first offense, then it matches what the California DMV’s website identifies as a first offense punishment.

Most people have their license taken away, too. Their license gets suspended for a full year after a DUI in California. That never happened to Paul Pelosi. He got to keep his license so that he could continue to drive, intoxicated or otherwise.

We can only assume that it isn’t the first offense. A man like this knows that he has money and connections. He simply showed his license to the officer and most of his penalties went away.

The 82-year-old husband of the Speaker of the House is lucky that the law went easy on him. If he ends up with a second offense, things won’t be quite as easy – and his license may actually get suspended – unless his wife and other Democrats decide to step in.

What we should be concerned with is if Paul Pelosi has any remorse for what he did. At this point, it doesn’t seem that way. He chose not to be present for his plea in front of the court. Instead, his attorney appeared on his behalf. While legal, it means that Pelosi didn’t want to be bothered by any of it. He was looking to sweep everything under the rug and be done with it.

Paul Pelosi makes millions a year – much of it through stock trading. It’s likely that he’s got all sorts of insider info with the pillow talk from his wife, but we can’t prove any of that.

The only thing that made this DUI an inconvenience for Paul is that his Porsche ended up in the shop. He was hit when trying to cross State Route 29 in May – and since he had a blood alcohol content of 0.082% at the time, he was found at fault.

It must be nice to have a name that is synonymous with power. It means never really having to pay for your mistakes – and knowing that you can make more mistakes without having to be inconvenienced in one way or another.

We can only hope that Pelosi has learned his lesson. If he doesn’t, we’re unlikely to hear about it. The liberal media will hide the evidence before we can find out anything.