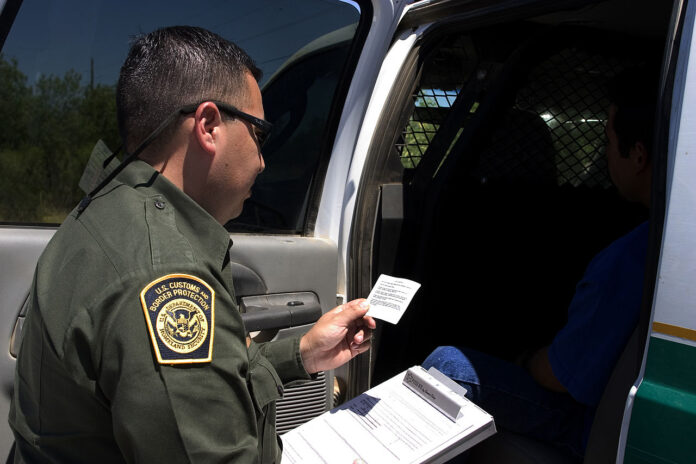 The migrant crisis at the southern border has been a problem for months. By next month, we’ll have been dealing with the problem for close to half the year.

Why is it that the problem is only getting worse?

Kamala Harris was tasked with dealing with the crisis. However, she refuses to visit the border. She refuses to pressure Biden into signing executive orders similar to what Trump had done. She insists that if she can identify the root cause, the problem will work itself out.

Why is it that the VP is the only one who doesn’t know the root cause of the migration?

People want into the United States for the free money, the better job opportunities, the better education, and the free healthcare. And thanks to liberal legislation, they have an open border to do so.

Only, our borders aren’t open yet. It just seems that way because the Border Patrol agents are overwhelmed. There’s no sign of it slowing down, either.

Border Patrol agents in the Rio Grande sector have identified that the size of the groups has been growing. At the Weslaco Station, agents had to respond to a group of 206 migrants who entered illegally as they crossed the Rio Grande near Hidalgo.

Chief Patrol Agent Brian Hastings tweeted ”Large groups get larger.” Of the 206 migrants, there were only a few single adults and unaccompanied minors. Instead, this consisted of 164 families. This is a big deal because now they’re coming as a family – and that means that they need to be turned away.

The groups are coming from all over Central America – Belize, Ecuador, Honduras, and beyond.

What the liberals are failing to understand is that it doesn’t matter what the root cause is. What matters is that there are immigration policies that deal with how people enter the country. They must plead asylum or they must apply for a visa.

The problem is that those entering the country are not entering legally. They’re not visiting an entrance station. And, most do not qualify for asylum.

No other country in the world would accept such blatant disregard to immigration laws. Yet, our VP is using the excuse of finding a root cause to let the migrants enter the U.S. in as large of groups as they wish.

Hundreds of migrants enter the country in every sector every weekend. And, because the liberals seem to have changed the rules of Title 42, most get to stay in the country. Only a few single adults will actually be returned to Mexico.

The others, regardless of whether they’re a family unit or an unaccompanied minor, will get to stay in the country. They’ll be given access to Medicare. They’ll be dumped into the public education system. And, if they travel to a liberal state, they may even gain access to free stimulus checks.

Kamala Harris needs to pay attention. The root cause is that the liberal Democrats have bleeding hearts. They want to help everyone, even at the cost of national security and our already fragile economy.

Though, she already knows what the root cause is. She’d rather say that she’s looking into it so that she can stay holed up in her office, surrounded by a shroud of ignorance. After all, if she is “still working on it,” she doesn’t have to put an end to the migration.

Let’s be clear. The liberals want to allow migration. They want to let as many in as possible. Why? It puts a strain on the economy and creates more dependency on the government. Then, they can pass whatever legislation they want in an effort to “fix” things. However, their “fix” tastes a lot like socialism and bread lines.