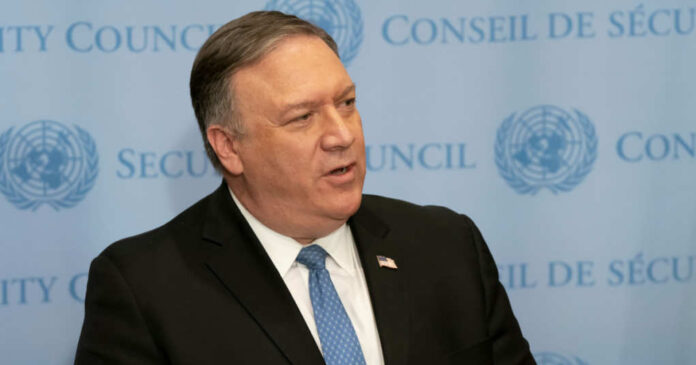 It seems that everyone is talking about the 2024 presidential primaries. It’s for good reason, too. There’s no way that we can allow President Joe Biden to continue for another four years. Look at how much damage he’s done to the country in just 18 months. Allowing him to rule for eight years would be catastrophic to democracy.

The GOP primaries are going to be full if everyone who has talked about running actually goes forward. We thought that the Democratic primaries for 2020 were full.

Now, Former Secretary of State Mike Pompeo looks as though he’s setting the stage for an announcement.

Pompeo is seeking the spotlight with greater frequency. He was even the headlining speaker at the Faith and Freedom BBQ even held by Congressman Jeff Duncan.

At 106.3 WORD, Pompeo spoke to reporter Rob Jones before the event to say that a run at the presidency in 2024 “could” happen.

Pompeo said he and his wife have been actively discussing where they are going to serve next. He said he’ll run if he thinks that he has something to offer the American people.

Many assume that if Trump decides that he’ll run, that will be it. He’ll win the primaries and he’ll be on the ticket against Biden – or whomever the Democrats decide to put in the key position.

That’s not necessarily what will happen. Pompeo was asked if he’d still consider running if Trump also announces that he’s going to run. While Pompeo made it clear that he hadn’t decided with certainty that he will be running, he did say that he’d continue to run – even if it meant running against Trump.

Donald Trump is powerful and influential, but he’s also capable of a significant amount of division. The left hates him with every fiber of their being. As such, four years of Trump will be nothing but constant witch hunts – and is that really something that we want to invite into our lives again?

DeSantis, Pence, and even Pompeo have a conservative perspective that could be very positive for the country. It’s all a matter of waiting to see who will win – and who has the best offer to make lives better for Americans.

Mike Pompeo did serve in the U.S. Army, so he has military experience. Having a president with a military background is important to many voters, and it can provide a vote of confidence considering that the President is also the Commander in Chief.

Pompeo also served as the director of the CIA prior to serving as secretary of state. He has a lot to offer – but is it enough for him to believe that he has what Americans want?

No one has announced yet whether they will definitely run in 2024. And you won’t hear announcements until after the midterms. The sooner the announcements are made, the more time the liberals have to create a case against them. That would be political suicide.

So, time will tell if Mike Pompeo actually runs – and if we even care if he does considering the others who could likely run against him in the primaries.