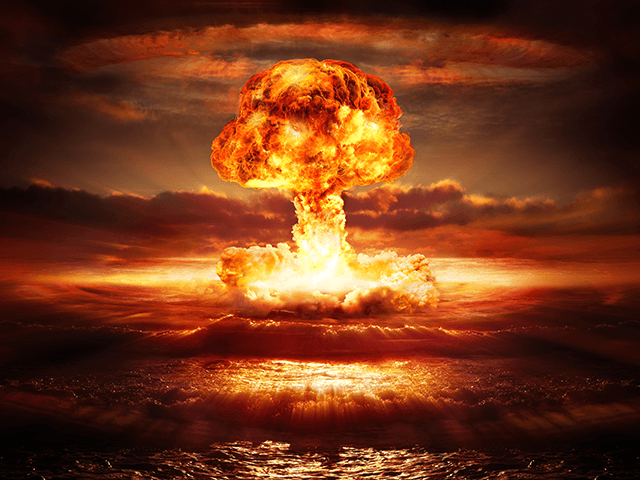 “The response of the American side is being studied carefully,” he said, referring to the Biden administration’s answer to Iran’s latest draft amendments.

European Union (EU) officials said last Wednesday they had received Washington’s response and forwarded it to Tehran. The Biden administration applauded Iran for dropping “some of its non-starter demands,” including a demand for President Joe Biden to reverse the previous administration’s designation of the Iranian Islamic Revolutionary Guard Corps (IRGC) as a terrorist organization.

Iranian President Ebrahim Raisi made it clear on Monday that Iran still considers its nuclear technology non-negotiable, which renders the whole concept of renegotiating the nuclear deal somewhat farcical.

Raisi had very little to say about Iran making any concessions at his press conference, instead rattling off a list of demands he expects the U.S. to meet — removing sanctions chief among them — and essentially demanding the world take it on faith that Iran has no desire to build nuclear weapons.

“We have stated times and again that nuclear weapons have no place in our nuclear doctrine. The Leader of the Islamic Revolution has frequently announced that the acquisition of such armament is religiously forbidden. We also declared in our foreign policy that these munitions have no place in our foreign policy,” Raisi said — a reference to the much-debunked claim that Iranian Supreme Leader Ayatollah Ali Khamenei has issued a binding and eternal religious edict against Iran possessing nuclear weapons.

Raisi sneered that the “Zionist regime” in Israel wants to deprive Iran of its sacred right to nuclear technology.

“But this know-how has been indigenized in our country, and cannot be taken from us in any way,” he said.

The Iranian regime has long vacillated between blaming all of its economic problems on the U.S. sanctions restored when President Donald Trump withdrew from the nuclear deal in 2018 and insisting the sanctions are a mere trifle that had no real effect on Iran’s economic might. Raisi embraced the latter spin by claiming the sanctions had no major effect on Iran, but must still be removed immediately.

“The level of our interactions with regional countries has increased up to five times. Our oil exports are in a state where we feel we should do our best and continue to export oil and non-oil commodities,” he said.

“We did not leave the negotiating table for sanctions removal. Negotiations are for the sake of removing the sanctions. Those who abandoned their commitments should return and fulfill their obligations. Our emphasis in these negotiations is on the removal of sanction,” he demanded.

Iran is required under the Nuclear Nonproliferation Treaty (NFT) to explain the uranium traces, but it has stonewalled IAEA inspectors for years. In June, following an awkward three-month grace period, the IAEA’s 35-nation Board of Governors overwhelmingly passed a resolution chastising Iran and demanding its cooperation “without delay.”

“Without settlement of safeguard issues, speaking about an agreement has no meaning,” Raisi said, using Iran’s preferred euphemism of “safeguard issues” for Iran’s dispute with the IAEA.

Raisi brushed off suggestions that he meet with President Biden while visiting the U.N. General Assembly in New York.

“Earlier, I stated and declared it once again that there will be no benefit for Iran and the Iranian nation in such a meeting with him,” Raisi said of Biden.