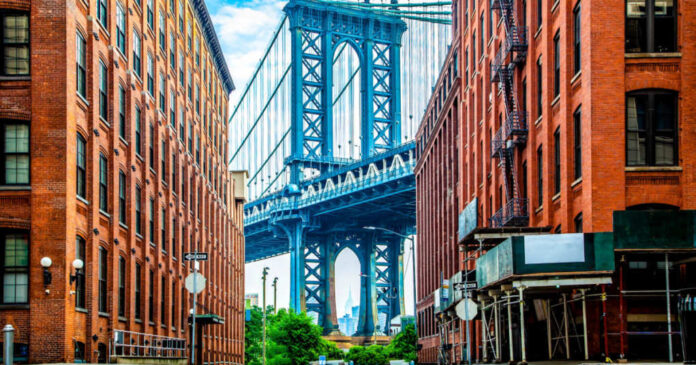 For years the Jewish people in NYC have largely kept to their neighborhoods. They buy up blocks of property and have their own little communities. While they try to keep it predominantly Jewish, they have never prevented other races from moving in or renting from them. Now, this mixing is causing hatred for their people on the streets.

In Williamsburg, there have been three separate incidents over mid-August. In these attacks, the victims have been slapped, punched, and sprayed with the powder of a fire extinguisher. Given the dress of all three victims, it is easy to identify their Jewish heritage.

According to the NYPD, the latest victim was a 27-year-old man. He was simply wearing “traditional Jewish attire” while walking on a sidewalk. While on his walk he was “approached by an unknown male, who, unprovoked and without words exchanged, slapped the victim on the left side of the face.” The perpetrator then fled the scene. In this case, the NYPD identified him as a “male, dark complexion, 30’s, 5’10” tall, with a medium build.” According to surveillance, he was last seen wearing a “yellow shirt, black pants, black boots, [and] a black hat.”

Just the day before a 72-year-old man “was approached by a group of unidentified individuals, [before] one sprayed him with a powder from a fire extinguisher.” Much like the most recent case, this was an unprovoked attack. Roughly the same time a 66-year-old man suffered an identical attack, also with a group of individuals just a few blocks away.

So far there have been no arrests and the NYPD Hate Crime task force is chasing down any and all leads.

These kinds of attacks are incredibly reminiscent of previous attacks on other groups here in the US and abroad. It would seem like this group is trying to intimidate the established and elderly Jewish people of the neighborhood to try and chase them out. The idea is that if they all leave of their own choosing, this group could take over.

Now that’s not necessarily what the idea is, but so far these hate crimes are right on target for that kind of reasoning. Given the response the Jewish people have gotten from similar descriptions of people over the years in NYC, it would certainly seem like the ghettos they had after WWII are being taken over yet again.

The American people have no tolerance for this kind of hatred and these attacks. Especially for the elderly. In NYC attacks like this are prosecuted specifically to make examples out of the people committing the crimes. However, they typically are only assigning these hate charges to white men against any other skin color. So this kind of investigation is well outside their wheelhouse, and well outside their scope of expertise.

Yet, they took an oath. An oath to protect the people of NYC and that they would make people face the blind scales of justice. They ensure the people who were made victims can see justice is served for how they were wronged. In this instance, they certainly have their work cut out from them, as the BLM movement has been against anyone receiving a gate crime charge if they have a “dark complexion” as the NYPD classified this assailant. Should they use that charge they will likely become targeted for more “peaceful protests.”