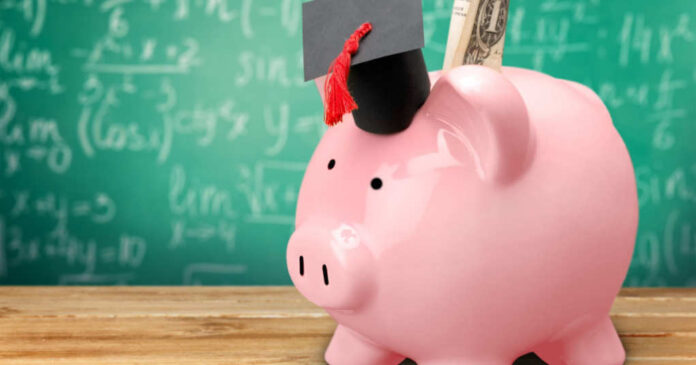 Millions of Americans are celebrating the announcement that Biden will be forgiving $10,000 of student loan debt. While it’s not enough to wipe away debts entirely, it’s a dent – and people are blindly willing to accept it.

There’s just one problem…it may cost quite a bit of money to see that debt wiped away. In fact, some states will look at the financial relief as a form of income – and the taxes could be quite devastating.

Nothing is ever free. Not really. And Biden should have known that.

The Hill recently reported that the Think Tank Foundation has done some analysis. And it seems that the residents of 13 states may have to pay taxes on the amount that is being forgiven.

As Jared Walczak, the VP of state projects for the Center for State Tax Policy at the think tank explains, loan forgiveness usually is categorized as a form of income. That makes it taxable.

While the American Rescue Plan signed by Biden in 2021 exempts student loan forgiveness loan debt from federal income taxes, not all states will follow the government’s lead.

The American Rescue Plan only dictates federal taxes. States have the ability to do what they want – and with many feeling fiscal pressure, they may not simply ignore that they can tax the forgiveness.

$10,000 is being forgiven for many Americans – and $20,000 for those who received a Pell Grant. All said and done, that can add up to millions for a state to tax upon. To say that they won’t is just wishful thinking.

The 13 states where residents may have to pay taxes on the forgiven amount include New York, Massachusetts, Virginia, Pennsylvania, Idaho, Hawaii, and others.

To show just how devastating this can be for some, Walczak went ahead and calculated the highest rates that some could end up having to pay on their debt being forgiven.

It could end up with many residents having a tax bill of several hundred dollars. Residents of Hawaii may even see a tax liability of up to $1100. Considering that’s more than 10 percent of what’s being forgiven, it’s a tough pill to swallow.

And let’s not forget that it will be even more of a tax liability for those who are seeing $20,000 being forgiven.

It’s certainly not rational considering that most people pay on student loan debt over the course of 30 years in monthly increments. Meanwhile, the tax liability will hit all at once for what is being forgiven.

Once residents realize what the forgiveness may end up costing them, they may not be so excited about what Biden has done. And it may end up biting quite a few Democrats in the rear come midterms as those with student loans start to calculate the cost implications.

Walczak said that states should begin issuing guidance over the next few months so that they can let residents know how the forgiven debt will be treated. He also told Bloomberg that “some urgency” needs to be used in the event that they will make changes to their tax laws before the debt forgiveness goes into effect.

Meanwhile, as word gets out, many Americans are actually shaking their heads furiously saying that they don’t want the forgiveness. They’d rather keep paying than experience a tax bill that they didn’t ask for. Too bad there’s no “opt-out” button on this one.