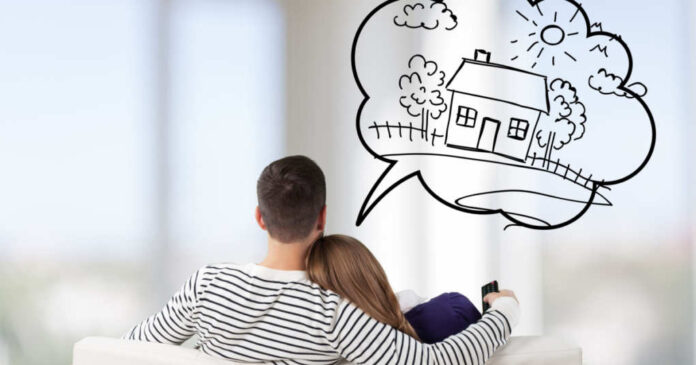 Real estate agents around the country have been warning that housing costs couldn’t remain that high forever. During COVID and as interest rates fell, the demand for housing was high. Sellers were seeing their homes be valued nearly double what they were in 2019.

Now, things are about to get real. Home values are dropping – and for some, it can be quite devastating.

Experts have said that if there’s a recession, house prices could fall by around 20 percent within the next year. Depending on where you live, you may even see housing prices fall by much more. Some properties, particularly in California, may be overvalued by as much as 72 percent.

You can look at your home’s market value right now on Zillow. Go ahead and screenshot that because it may be the most your home will be worth for the foreseeable future.

The chief economist at Moody’s Analytics, Mark Zandi, has repeatedly been pessimistic about the housing market. And now, his forecasts are even bleaker according to reports by Fortune.

All of this is happening while economists argue about whether the United States is already in a recession or if we’re simply headed that way. The Fed may be increasing interest rates to prevent a recession, but the reality is that those rising rates are only creating further devastation to the housing market.

There are quite a few housing markets where there has been a bubble – Charlotte, North Carolina, Boise, Idaho, and Austin, Texas are some of the most overvalued markets.

People may have purchased a home in some of these bubbles where they paid $100,000 more than what the home is actually worth – and that bubble is about to pop. It will lead to negative equity – and that’s when more people are likely to stop making payments and get foreclosed on.

Some areas of the country are categorized as “highly desirable” because of job opportunities, political climate, and more. People are moving out of the liberal cities and moving toward these red cities because they have more to offer.

Orlando is overvalued by an estimated 30 percent, for example.

Even some liberal cities are still considered desirable because of what they have to offer. LA, Seattle, and Indianapolis are big cities that can support millions. Only, when too many people want to move in, it leaves housing to be a question – and that’s when you start seeing a bubble.

Then, there’s Bend, Oregon. It’s consistently voted as one of the best places to live in America. And its homes are overvalued by an estimated 43.8 percent.

Not for long, according to Moody’s. Thanks to all of the decisions made by the Biden administration, the housing bubble is going to pop very soon – and housing values are about to come crashing down.

As the Daily Mail reports, the interest hikes being made by the Fed are “expected to plunge the U.S. into recession and will also likely lower the cost of property as it becomes too expensive for many to get a mortgage, cratering demand.”

The housing inventory is the highest it has been since 2009. And sellers will only struggle more to sell their properties because homebuyers are hesitant to get a mortgage in today’s economic climate.

Everyone will be affected in one way or another – and it’s unlikely to get better in the next quarter. The quarter after that isn’t looking too good, either.