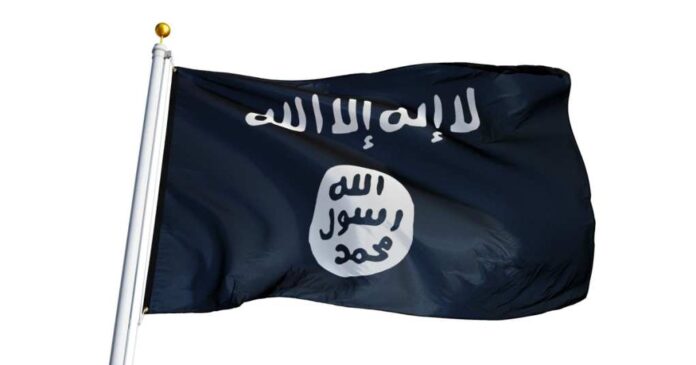 Some men wake up and choose peace. Others choose violence. For Herman Leyvoune Wilson, he chose terrorism. Now known as Bilal Mu’Min Abdullah, this 45-year-old from Albuquerque, NM thought that he had now found his life’s calling. He had something to give the world and the US, so he figured he should start it at home. Now according to the Department of Justice that nightmare he called a calling was now over.

This calling was more nefarious than the ultra-liberal pleasing name of his location would indicate. Calling it the “Islamic State Center”, it was built to “teach ISIS ideology, provide training in tactical maneuvers and martial arts, and serve as a safe haven for individuals preparing to travel and fight on behalf of ISIS in the United States and abroad,” per the DOJ.

As a result of their investigation, he is facing charges of attempting to provide material support for ISIS. He’s also been charged with attempting to obstruct, influence, and impede an official proceeding. This is because Wilson allegedly shut down an online platform in an attempt to conceal and destroy records from it. It was on this platform that he is accused of attempting to promote the ISIS ideology.

From these efforts to promote the message of ISIS, it is alleged that Wilson wanted to get people to join ISIS and come to the center he had attempted to create. For his efforts, two men from Texas were drawn in by his message.

Kristopher Matthews and Jaylin Molina have both already pled guilty to conspiring to provide material support for ISIS. They went on to say Wilson is responsible for radicalizing them, and “that without Wilson’s influence, they would never have committed the crimes.” It was after their arrest that Wilson attempted to destroy the online platform and cover the records of their interactions.

These camps have popped up sporadically across the US. From Florida to Washington and everywhere in between extremist camps have been popping up since the 1970s. From white supremacists to nationalists to Islamic extremists and everything in between, we as a nation have seen the seeds of terrorism grow right here in our own backyard. Sometimes these camps are caught before they even open, other times they randomly pop up and are just as quickly dropped and moved someplace else.

Finding out that they are setting up camps out in New Mexico is the real shocker and given the problems with the border and how many people are sneaking across daily, it begs the question of how bad this could have gotten had it not been caught. Just under 300 mountainous miles north of the border, it’s only a quick 5-hour trip by car. Given the number of ISIS sympathizers that have been picked up at the border since Biden took office, this could have been a bad situation.

Since 9/11 the security at the southern border has been an ever-increasing concern. The American people have been told they are worried about nothing, not staying in their lane if they worry about the threat of having such a gaping hole in that part of the country. This attempted ISIS camp is proof that we as a nation should be worried. This could have easily grown quickly, and had it been successful there is no telling just how bad things could have gotten. The American people need to be safe, and an ISIS center and open borders are the opposite of that.