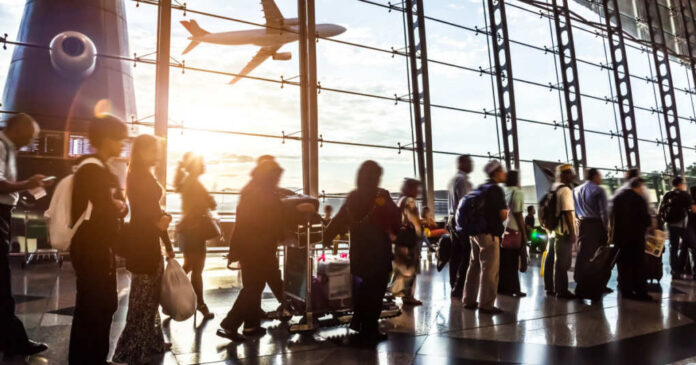 Traveling by plane these days is rough. First, you have to get past the high ticket prices. From there, you have to deal with the fact that many airlines are short-staffed, leading to cancellations and delays. And now, if you can actually afford the ticket and get on a plane, you have to worry about the data on the plane being hacked, which could lead to a crash.

What in the world is going on?

Thousands of tourist planes around the world have faced a safety alert for fear that the take-off and landing technology may be hacked.

It started with the Onboard Performance Tool on Boeing. It is a mobile app that utilizes weight, weather, and other data so that pilots can make safe and effective calculations while in mid-flight.

An issue within the app could allow hackers to tamper with the data. This could pose countless problems because pilots could be tricked into using the wrong settings and even cause a crash.

There’s no news about whether a large number of planes have been hacked only that they have the potential to be. Additionally, we don’t know who these hackers may be and what their end game is.

The U.S. Federal Aviation Administration (FAA) issued the safety alert once researchers were able to identify the root of the problem.

Boeing has said that they are unaware of any of their planes being affected by the issue. Still, a spokesman comments, “We are committed to evaluating original research that is conducted and shared in a responsible manner and thank Pen Test Partners for their professionalism and collaboration.”

The airplane manufacturer has also decided to take another step by issuing both a service bulletin and a software update to ensure the security. Their goal is to minimize the risk of interference, which they say is already low.

Ken Munro of Pen Test Partners explained that the database inside of the app wasn’t properly locked, which meant that unauthorized changes could be made. In the event of that happening, pilots could have been given wrong data and relied on incorrect calculations.

The main risk would be that pilots could crash at take-off or landing because, for example, the hackers could have changed the length of a particular runway.

This isn’t the first time that there’s been some kind of scare regarding software used by airplanes or airlines.

Tui pilots last year were using incorrect settings because software made them believe the planes were lighter than they were. The software calculated all passengers as children instead of adults – the passengers were titled “Miss.”

Tui quickly made security and software upgrades once the problem was reported to them.

Security researchers across the globe are quick to say that airlines could be hacked in many ways. Meanwhile, experts argue that it would be impossible for hackers to control any of the computerized systems – either in ground control or within the planes themselves.

The main question you have to ask yourself at this point is whether it’s safe to fly. Yes, but it may be worth exploring the type of plane that you will be flying in. The FAA has been aware of the problem, alerts have been sent, and now it’s up to the individual airlines to ensure that their software has not been hacked.

If anything, this may cause a few more delays. What’s another hour when the flight has already been delayed two or three, though?