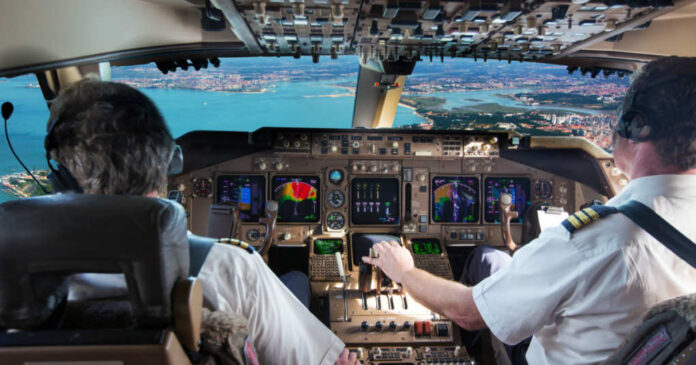 So far 2022 has been the year of “try it and see what happens.” For Maryland-based Piedmont Airlines, this meant hiring pilots in a whole new way. Formed as a subsidiary of American Airlines, Piedmont airlines took pity on the pilots of ExpressJet.

That Atlanta-based company had formerly been known as Delta Connection and United Express, and on August 22nd they filed for Chapter 11 bankruptcy in New York. With 450 aircraft operating in its fleet at the peak, they weren’t just small potatoes. The pandemic had proven costly to the airline, and they had trouble staying afloat.

Following the news, Piedmont stepped up to the plate on August 25th with an offer to all the pilots; come on over and get an offer based on your seniority. Basing it off the standard contracts of their pilots which are considered some of the best in the business, they found many willing to walk right over, and climb right back in the cockpit.

Getting these pilots away from these self-destructing carriers is something that isn’t exclusive to Piedmont either. Following their lead American Airlines subsidiary Envoy Air is making a similar offer. Ric Wilson, Vice President of Flight Operations from Envoy Air said their pilot’s union has contracts and opportunities that offer “the same provisions and we are offering ExpressJet/Aha pilots conditional job offers with no interview.”

Matt Kernan, Piedmont’s Director of Operations issued a press release on the 25th as well. “No one wants to see an airline fail, ever. We know that ExpressJet pilots are well-trained aviators who know the Embraer 145 [aircraft], and we are very pleased to make this transition as easy as possible for them. This is an opportunity to get these pilots significant pay and bonus increases, expedited job offers and in the process, help Piedmont grow its fleet.”

Since the pandemic, many airlines have been losing pilots and flight crew every step of the way. Between requirements preventing many from taking the courses to be a pilot, a lack of funding to get their license, and new regulations regarding the COVID vaccine, many just don’t want to fly for a commercial airline at this point. Given all the games facing them, the US is facing a 30,000-pilot shortage by 2032. At 8,000 below the standard now, we are already having problems keeping flights going.

While they aren’t lowering the bar for pilots to get in the air and be a captain, they are offering incentive programs for people to get their licenses and dropping their requirements for college education. It is becoming incredibly apparent that the degree isn’t helping a whole lot if it’s not related to flying, nor is it helping them with coworkers or guests on board.

Regional airlines like Piedmont have been paying the biggest prices. While they are losing pilots, they aren’t able to keep up with the demand, and as such have shut down flights. Losing pilots to bigger airlines with better programs, and then shutting down flight routes are a combination of killer situations that made it more and more difficult to stay open.

Giving people this kind of offer is a way to stay ahead of the losses and to ensure these pilots are well taken care of. Naturally, the press buzz something like this generates isn’t bad either. Add it in with better airline routes, and more consistent flight times, and the people are going to start coming back.

This might seem like a horrible idea on the surface, but getting pilots back in the air, ensuring they can keep their careers, and having the security of hiring seasoned pilots is a great thing for Piedmont Airlines. Given how many pilots have come over from across the globe, this is a move that just makes sense for everybody.