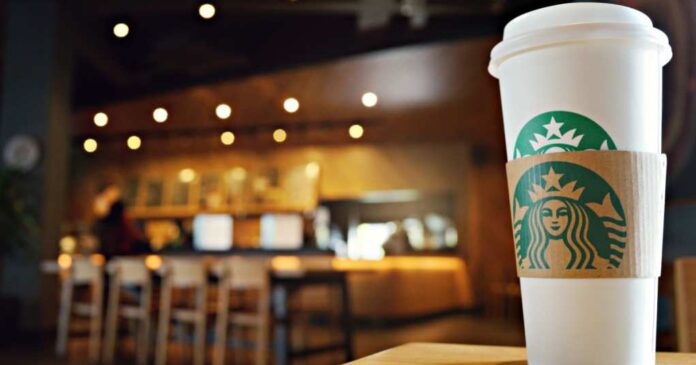 Jails are supposed to serve as facilities where people have to pay for their crimes. They are limited on rights – however, they do have some rights. And those who work in the jails are supposed to make sure that prisoners are still treated with humanity and respect.

Unfortunately, it’s hard to find good help. And there have been more and more stories about things going wrong in jails across the country.

Now, one woman has lost her child – and she’s blaming those who work for the jail.

Sandra Quinones was an inmate at a California jail. She was also pregnant.

When the labor started, several staffers were responsible for taking her to the hospital. Only, the staffers decided that it was necessary to stop at a Starbucks on the way.

Quinones claimed that her baby died as a result of the delay in transport.

Unfortunately, the stop at Starbucks isn’t even the biggest problem with what was reported. It started with being six months pregnant and her water breaking. She pressed the call button in her cell. The staffers didn’t respond for two hours – and even when they did respond, they didn’t call an ambulance.

Instead, the staffers transported Quinones to the hospital on a “non-emergency basis.” And it was so non-emergent on their part that they thought it would be fine to stop at Starbucks, too.

It’s not common for a pregnant woman’s water to break at six months. As such, it should have been treated as an emergency. Something was wrong – and there’s no telling how the delay could have had an impact. Had Quinones gotten medical care within the first hour of pressing her call button, she may have been able to keep her baby.

The accusation reads that the defendants acted with “deliberate indifference.”

Quinones was hospitalized and she lost her baby.

This event happened in 2016 – and the issue has been going on ever since.

She lodged a complaint against Orange County, California in April 2020 for the alleged wrongful death of her child along with the infliction of emotional distress.

The case was dismissed in October of the same year because of a two-year statute of limitations.

She chose not to launch the lawsuit right away – most likely for fear of retaliation. Instead, she waited until after she was added to a separate civil action case against the county, which happened in September 2019.

There’s a California Penal Code that says that a person entitled to start legal civil action is imprisoned, the time limit for commencing legal action doesn’t count – and that means that Quinones still has the ability to conduct the lawsuit.

One of her lawyers, Nicholas Kohan, reported that “Ms. Quinones will never forget how she was treated that day and no amount of money will ever make her whole.”

The Orange County Board of Supervisors unanimously approved Quinones for a settlement of $480,000.

Quinones, who was homeless and has had mental health issues, pursued the case. She’s out of custody and is living with her mother now.

Meanwhile, Kohan says, “Hopefully this will lead to better conditions and treatment for pregnant women in the Orange County jail.”

Unfortunately, there are a lot of cases like the one that Ms. Quinones has had to face. The prison systems are filled with jailers who simply do not care. They offer no morality. They are simply there for the paycheck, and if prisoners suffer in their midst, so be it.

We need the prison system as it serves as a deterrent to crime. However, we have to do better as a nation. Otherwise, the liberals win, prisons will be closed, and criminals will roam the streets. Is asking for better treatment of prisoners really that hard?