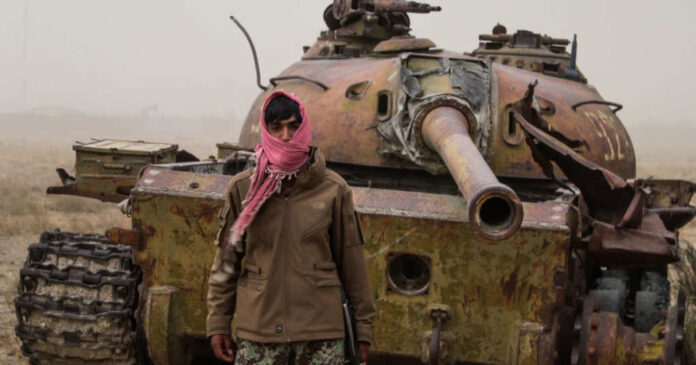 August 30th makes the 1st anniversary of the withdrawal of troops from Afghanistan, and the other bookend of a nearly 21-year conflict.

This conflict was not only the longest in US history, but it was one of the most draining wars for those serving. People watched their father serve there and then a decade later they served on that exact base. With all the damage and devastation conducted in one country, there was a lot of scarring left over as we left. This scaring wasn’t just for our troops, or the troops on our side. The families and civilians of Afghanistan paid a price as well.

Dealing with an occupying military in the hopes of achieving prosperity and thoroughly enjoying modern laws with full freedom was worth it. To get women the right to an education and not be married off to become the sixth wife of a 70-year-old goat herder was the dream. Some were able to realize that dream and get out. Still, others found themselves getting swept up in tribal politics and never got that sweet, sweet freedom. They didn’t even get to try living in a new location with guarded freedom aka freedom light.

For the US forces, there were casualties throughout these 21 years. With the final suicide bomber killing 13 servicemembers, it was a horrific yet fitting way to get to the end of continued US presence in the country. Their death was incredibly tragic and given where it was at the Kabul airport, it was a direct reminder of how Biden failed with the planning of his withdrawal.

With no plans to start getting people out before handing Bagram over to the Afghanis and clearing out was a horrible move. This forced people to storm the Kabul airport in the hopes of getting the freedom they earned by working for the military, or because they were Americans living abroad and wanted out. They knew the Taliban was coming back and with an iron fist. Within days of handing over Bagram, the Afghan National Army had already thrown down arms and ran.

There was no fight in the people we put in place to run the show. Anyone who served on the enlisted side of the house knew that. Anyone who commanded troops on the ground could see it clear as day. Yet somehow between that reality and the one being presented to people like Ret. General Lloyd Austin, it seemed like we could easily leave and get people out with no warning. A picture of the perfect changeover had been painted for him. A painting that was based on nothing but lies and deception.

President Biden’s refusal to admit he made a mistake and ordered troops to return, to keep a contingent of forces in the country to maintain security or even just a couple hundred advisors could have made a significant difference, but he failed to do any other that. In turn, Americans died and he led the people of Afghanistan away from the peaceful meadows we promised them and right into a meatgrinder.

Since then, the Taliban has taken back Afghanistan completely. The American people have been left with more questions than answers, and his popularity as a President has set records as the worst on record. He has been a failure in nearly every aspect as a President since he took office.

Despite his cries about January 6th, 2021, it was the last day our country was normal. Since then we’ve had this abomination of a withdrawal in Afghanistan, skyrocketing inflation, a lack of job creation, surging gas prices, and an overall huge uptick in the cost of living across the country. From Steaks to suits; heating oil to haunted houses; it all costs more and it’s all because of Biden. Now his legacy is going to reflect that, and it’s the worst legacy of any President to date.