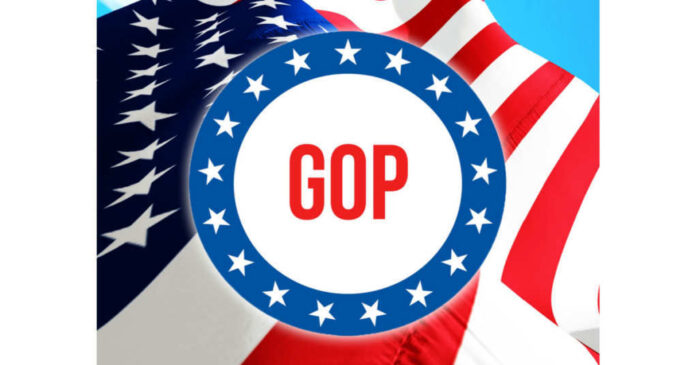 If you’ve heard anything about the upcoming November midterms, it’s that there is likely a massive red wave coming. In fact, we are already seeing the beginning of it, as primaries and special elections continue to take place ahead of time. What could result is a complete overturning of the majority held in the House of Representatives and the US Senate.

However, as one Republican governor says, the GOP could lose it all if we aren’t careful.

How? Well, according to Maryland Governor Larry Hogan, if we sway too far to the right and keep voting in “unelectable people,” that wave will become much more like a “ripple.”

On Sunday, Hogan spoke with host Major Garrett of CBS’ Face the Nation. Garrett asked the governor if he was concerned that the GOP to just win the primary to take his place was a Trump-supported state official. Hogan has long been a critic of right-wing views Trump holds.

Hogan’s answer was that “this should be a really huge year for Republicans.” Thanks to the “failures of the Democrats… and Biden’s low approval ratings,” America has shown that they no longer hold much respect or trust in the Democratic Party. And he’s not wrong.

Biden and his cohorts came in touting that they would fix everything, that they would return us to dignity, to normal. And yet, here we are, not even two years later, and it’s just one big crisis after another. From pandemic lockdowns and the economy’s decline to high gas prices and an ongoing immigration problem, things are just getting worse.

It’s no wonder that Republicans and Democrats, young and old, are looking for a new kind of leadership and ideas.

But as Hogan warns, the Republican side of things isn’t nearly as cohesive as we all might think. Instead, he claims it’s just as divided and toxic as the political left. In fact, according to him, there are even strains of authoritarianism, which, of course, is “really bad for America.”

He said, “If Republicans are calling Democrats socialists and communists and we have the president of the United States calling Republicans fascist, I don’t think it adds to the overall discussion. We ought to just talk about the differences we have on the issues and focus on the problems that most people in America want us to focus on.”

Now, I would tend to agree with him here.

I mean, our nation’s leadership shouldn’t be all about the party and who’s in control. In fact, those positions, whether at the White House or in Congress, were created to do what is best for the American people. That means honest discussions between those of differing opinions need to happen to make sure that all Americans are seen and heard.

And right now, that’s definitely not happening. Instead, the two are fighting, trying to claim wins for themselves whenever possible.

Thanks to the recently passed Inflation Reduction Act to address climate change and such, as well as Biden’s decision to cancel student debt up to $20,000, the Democrats have a few wins under their belt, giving them hope for November.

On the opposite side, though, we have some equally massive GOP wins, with the overturning of Roe v Wade by the Supreme Court and several new laws on voting integrity.

But unless those are actual wins for the American people, neither side should be celebrating.

For Hogan, this means we can’t keep electing divisive people, which is what he thinks Trump and all his endorsees are. Take the man slated to assume his seat come to the end of his term, for example, GOP gubernatorial candidate Dan Cox. Hogan calls him a “QAnon whack job.”

In his book, this is an “unelectable” person who will only cause more problems. And putting too many of those in winning primary seats just might afford the Democrats another two years, if not more, in control of our federal legislature. And given their recent penchant for failure, our nation can’t afford that.

Of course, as I mentioned before, Hogan doesn’t like Trump much, so he might be a bit biased here. What do you think?