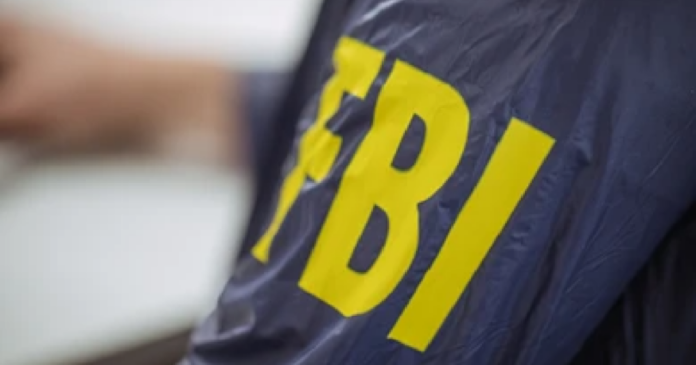 Hunter Biden is a criminal. There’s no way around it, especially when you look at the shady business deals that he’s been involved in. And with an FBI investigation into Hunter Biden, it is likely that Joe Biden will be implicated, too. After all, daddy’s connections were used in a number of business deals – that is, if we can believe even a small portion of what was found on Hunter’s laptop.

The FBI investigation is slow-moving. It seems as though the liberals aren’t in a big hurry to get to the bottom of the case because it could mean BIG changes in the White House.

And now, one FBI agent has resigned from the investigation, which only leads to more questions.

Timothy Thibault is a top-level FBI agent, though he just resigned. He’s been under fire for the role he’s played in investigating Hunter Biden.

Thibault handed over his badge and gun and was escorted out of the building. Did he do anything wrong? That’s what many people are asking.

According to a few U.S. officials, Thibault was at retirement age. And supposedly, all who retire have to turn over badge, gun, and be escorted from the building.

Thibault had been assigned to the Hunter Biden investigation. Only, he had been looking to shut down the investigation. That’s when Senator Chuck Grassley accused him of “improper conduct.”

There is obviously something going on with Hunter Biden as there have been many efforts to shut down the investigation. If everything were on the up and up, shouldn’t the FBI be allowed to move forward with the investigation so that they could clear the president’s son of all charges?

And while the FBI is conducting their investigation, there’s also a U.S. Attorney’s Office in Delaware conducting a probe into the business practices of Hunter Biden.

Prior to resigning, Thibault had been removed from his assistant special agent position where he was in charge at the FBI’s Washington Field Office.

Grassley has spoken extensively about the widespread efforts by the FBI to downplay any negative information regarding Hunter Biden. And we all know that social media has done the same – even during the 2020 presidential election.

In October 2020, just before the election, “an avenue of derogatory Hunter Biden reporting was ordered closed” at the Field Office in Washington. Grassley believes that agent was Thibault.

This is a big deal. Americans need to know the truth about Hunter Biden. Why? He is the president’s son. And it is believed that many of the dealings that Hunter Biden was involved in also involved his father – the current sitting President of the United States of America.

It’s as if we can’t trust the FBI. And Grassley has pointed to Richard Pigler, too, who is an official with the Justice Department. Pigler is the director of the Election Crimes Branch, and who has been “deeply involved” with the investigation.

There’s a lot of questions as to political bias – and Grassley isn’t letting anything go. He commented that “In light of these allegations, I remain very concerned that political bias by a select group of Justice Department and FBI officials has infected the Justice Department’s and FBI’s usual process and procedure to open and pursue high-profile and politically charged investigations.”

An investigation on Hunter Biden would be both high profile and politically charged. So, the question is: can we trust the Justice Department and the FBI to be impartial? From what we’ve seen, no. And that’s the most disturbing thing about this story.

It’s no wonder that the Democrats are panicked about Trump draining the swamp. They’d all be out of a job because of their corrupt nature.