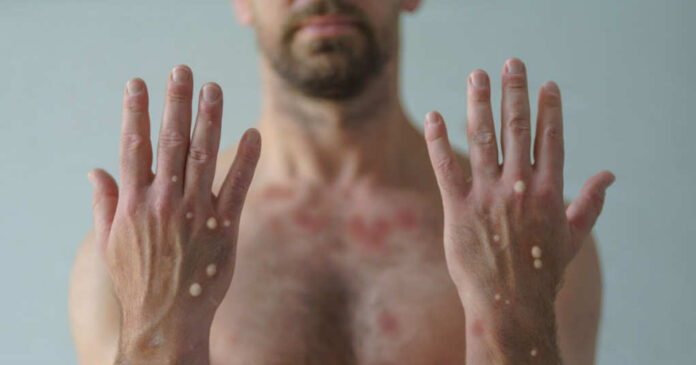 Monkeypox has been a concern in the U.S. for a few months now. There have been more cases – and that means more healthcare agencies trying to figure out what to do in order to protect the population.

Up until now, monkeypox has been considered relatively safe in the fact that most who are infected heal naturally after two to three weeks. Except, Texas has just reported a monkeypox-related death – and it’s the first one in the U.S.

Now that there’s been a death, it’s only a matter of time before we see more hysterics. Dr. Fauci or a new “expert” will come out of the woodwork to fearmonger and make sure that we take the necessary precautions.

Knowing how most cases are spread, it’s obvious that it doesn’t affect the entire population. Only a small number of people in the country should even worry about monkeypox.

There have been 18,000 cases reported nationwide and only one death. What does that tell us? While there are plenty getting infected, it is not the kind of disease that the average person has to worry about dying from.

The liberal news, of course, wants to get people antsy about it. They want people to lie awake wondering about it. And that’s when the liberal politicians can swoop in to “save the day.” And by save the day, it means that they can control elections, control schools, and control Americans. All they need is to declare a state of emergency to gain all sorts of added power.

The person who passed away in Texas lived in Harris County. They were also immunocompromised, which means that they were more likely to experience health problems with any disease that they may have caught.

An investigation is currently underway to determine just how much of a role monkeypox took in the man’s death. It may be simply that he passed from other health concerns – and just happened to have monkeypox at the time.

The Texas Department of Health has been issuing warnings about the close contact of those who have monkeypox. Children can contract monkeypox. However, if there is sufficient quarantining and isolation, it won’t lead to an outbreak.

With more cases happening across the country, it is likely that you will hear about it occurring in your city. And you may even be notified that kids in your child’s school has been diagnosed.

It’s all about knowing the symptoms and knowing where to go to get tested. For most people, monkeypox will not be life-threatening. If you have lesions developing that look like blisters or pimples and are extremely painful, make an appointment to get checked out.

The Texas state health commissioner, Dr. John Hellerstedt, explained, “Monkeypox is a serious disease, particularly for those with weakened immune systems. We continue to urge people to seek treatment if they have been exposed to monkeypox or have symptoms consistent with the disease.”

We have a chance to learn from COVID. Let’s use facts. Let’s not fall prey to liberal fearmongering. While there may have been a monkeypox death in the U.S., the reality is that it’s just not that common.