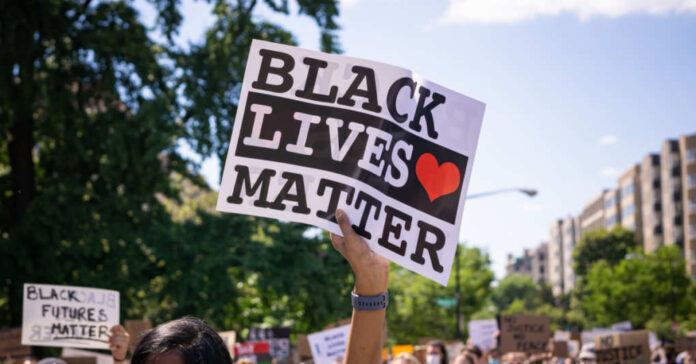 Why is it that some organizations can’t seem to keep their hands out of the cookie jar? They get their moment of fame, and more donations roll in than they know what to do with. They assume that no one will ever find out if they skim a little off the top.

Black Lives Matter is so much more than a political movement. They are a nonprofit organization. And as a result of their rallies, they have gained millions in donations.

This isn’t the first time BLM has been in the news for stealing donations.

This time, Shalomyah Bowers, a leader of the Black Lives Matter Global Foundation, is facing a lawsuit where he’s being accused of stealing $10 million from the group. His former colleagues say that he’s been using the funds as his “personal piggy bank” and that he’s a “rogue administrator, a middle man turned usurper.”

In less than 18 months, Bowers created a “blazing path of irreparable harm” to the organization. This happened as a result of poor money handling that has led to the IRS conducting multiple investigations along with even more investigations by state attorneys general.
The lawsuit was filed this past Thursday by a group known as Black Lives Grassroots in the LA County Superior Court.

The suit added, “While BLM leaders and movement workers were on the street risking their lives, Mr. Bowers remained in his cushy offices devising a scheme of fraud and misrepresentations to break the implied-in-fact contract between donors and BLM.”

When faced with the accusations, the board of directors within the BLM Global Fund decided that they would take the typical accusatory approach. They denied the allegations and claimed that those who are accusing them are taking the “same steps of our white oppressors.”
The board of directors suggested that the whole thing is ridiculous because the accusers are using the “criminal legal system” that is “propped up by white supremacy.”

Apparently, they would have liked to face disputes in a different way, without going through the legal system. Convenient, too, since the board of directors could face a significant penalty based on the accusations.

And while many of the BLM groups around the country feel that defunding the police is the best way forward to remove the oppression of the legal system, many still believe it is capable of working. So, maybe, it isn’t propped up by white supremacy after all.

According to the co-founder of Black Lives Matter Los Angeles, Melina Abdullah, Bowers had shut her out of all of the social media accounts.

And Bowers has done nothing to accept blame. Instead, he’s showing his desperation with finger-pointing. He’s even accused Abdullah, saying that she’s guilty of “unprincipled decision making, and a leadership rooted in retribution and intimidation.”

And perhaps she is guilty of those things. It is Bowers who must deal with the lawsuit as he’s being accused of essentially stealing $10 million from the organization.

You may remember one of the other BIG stories of the BLM Global Foundation’s mismanagement of money. In April, they received heavy criticism when they used donation money to purchase a $6 million home in southern California.

Of course, Bowers defended the purchase. He said it was purchased to create a “housing and studio space” for those in the Black community. Meanwhile, activists said that no one was ever invited to use the space in which it was supposedly purchased.

The BLM Global Foundation will continue to misuse the money. It’s just funny that they’re the ones yelling the loudest about defunding the police. Perhaps it’s so that they can commit more crimes without being caught.