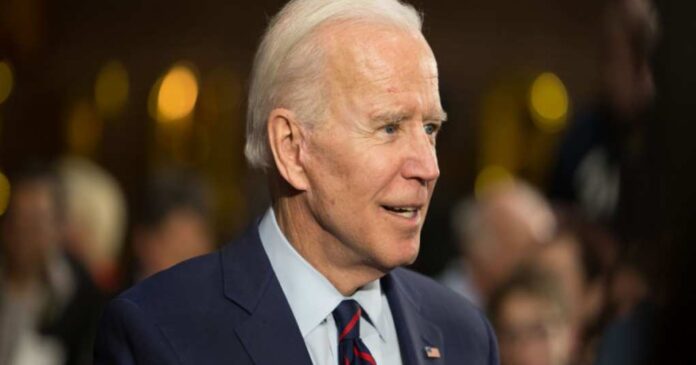 Haven’t you heard? Joe Biden is making a comeback. At least, that’s what the liberal media has been boasting about recently. This is the newest way to get the president’s approval rating up.

It’s working, sort of. His approval rating has gone up a few points. Unfortunately, that still puts him in the low 40s, which means that he’s not doing the bang-up job that most Democratic voters thought he was capable of when they voted for him.

And most of it is based on lies. You see, it’s all based on the “string of wins” that CNN has been boasting about. You know, things like the Inflation Reduction Act, the forgiveness of some student loan debt, and lower gas prices. But are those really wins?

The Inflation Reduction Act has yet to actually reduce inflation. And if it sends the country crashing into a recession, that’s not a great move, either. And even many Democrats, including Bernie Sanders, believe that the legislation may actually ADD to the problem.

The student loan forgiveness of $10,000, along with extending the repayment of loans until the end of December, is also a move that many question as being a good one. It could cause many people to face tax burdens when they file their state income taxes in April because of the “income” they received. And, it’s an extremely lopsided policy since only those who make less than $125,000 will see any of their student loan debt being forgiven by the president.

As for the gas prices, is Biden seriously trying to take credit for this? He’s the reason they skyrocketed to over $4 in the first place. He swore up and down that he wasn’t responsible for the high gas prices. Yet, somehow, he wants the credit when they drop? Sorry, Joe. It doesn’t work that way.

CNN may want to boast about Biden’s string of wins, but this is just a way to make Americans believe that there are actually improvements.
The reality is that Americans are still disappointed by Joe Biden’s performance in office. A YouGov poll even showed that among Independents, his approval rating is only sitting at 26.7%.

He may have the vote of Democrats, but there are more and more Independents. People don’t want to claim that they are with either party. Instead, they look at the issues and choose the right candidate based on those. And it’s not a bad idea considering the mess that we’re in now is because of the Democratic chant of “vote blue no matter who.”

When 64.1% of Independents are saying that they disapprove of the job that Joe Biden is doing, it’s hard to believe the liberal media. President Biden is most certainly NOT making a comeback.

Oh, and it might actually be worse since the YouGov poll happened before the disgusting speech Joe Biden gave last Thursday. Although he swears that he’s about unity, his speech was perhaps the most divisive ever given by a sitting president. Apparently, making America great again is a bad thing. He commented that “Donald Trump and the MAGA Republicans represent an extremism that threatens the very foundation of our Republic.”

Yeah, talk like that isn’t about to help Biden. Especially when he goes on to say that “MAGA Republicans…embrace anger. They thrive on chaos. They live not in the light of truth, but in the shadow of lies.”

Wow. Yeah, if there’s anyone lying, it’s Biden – and it’s to himself. Meanwhile, the angriest mobs are those of the Democrats. Yet, we’re supposed to ignore all of that and believe every word out of the bumbling idiot’s mouth since he sits in the Oval Office.

If the liberal media wants to believe that Biden is making a comeback, fine. We’ll wait for the light of truth to show that his numbers haven’t even seen their worst yet.