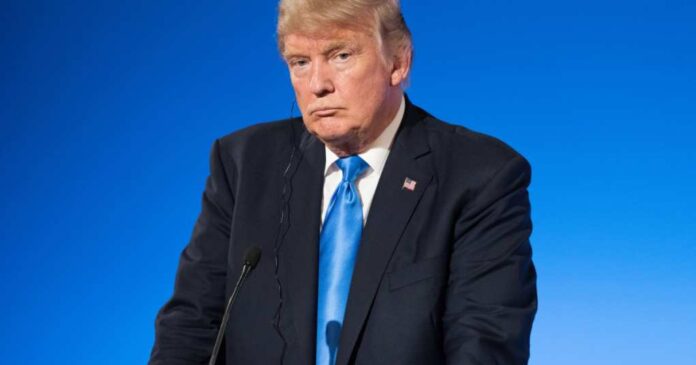 Not only did the FBI steal my Passports in the FBI Raid and Break-In of my home, Mar-a-Lago, but it has just been learned through court filings that they also improperly took my complete and highly confidential medical file and history, with all the bells and whistles (at least they’ll see that I’m very healthy, an absolutely perfect physical specimen!), plus personal Tax Records (Illegal to take), and lawyer/client/privileged information, a definite NO, NO. Days of the Soviet Union!

The revelation the FBI took his medical records came out on Monday in a court order from Judge Aileen M. Cannon of the Southern District of Florida, after she granted Trump’s request for a Special Master to review the documents the FBI seized.

According to the Privilege Review Team’s Report, the seized materials include medical documents, correspondence related to taxes, and accounting information [ECF No. 40-2; see also ECF No. 48 p. 18 (conceding that Plaintiff “may have a property interest in his personal effects”)]. The Government also has acknowledged that it seized some “[p]ersonal effects without evidentiary value” and, by its own estimation, upwards of 500 pages of material potentially subject to attorney-client privilege [ECF No. 48 p. 16; ECF No. 40 p. 2].

Cannon ordered a special master be appointed to review the seized property, manage Trump’s assertions of privilege, make recommendations, and evaluate claims for return of property.

Cannon also temporarily enjoined, or prohibited, the government from further review and use of any of the materials seized from Mar-a-Lago for criminal investigative purposes pending resolution of the special master’s review process.

On Wednesday, the Washington Post reported that there was allegedly a “document describing a foreign government’s military defenses, including its nuclear capabilities,” seized from Mar-a-Lago, citing “people familiar with the search, who spoke on the condition of anonymity to describe sensitive details of an ongoing investigation.”

Much of the establishment media’s reporting on the Russia collusion hoax also relied on anonymous sources.

The leading Russia collusion hoaxer in Congress, House Intelligence Committee Chairman Adam Schiff (D-CA), highlighted the anonymously-sourced report, but with a big caveat, “If true, it raises yet more questions.”