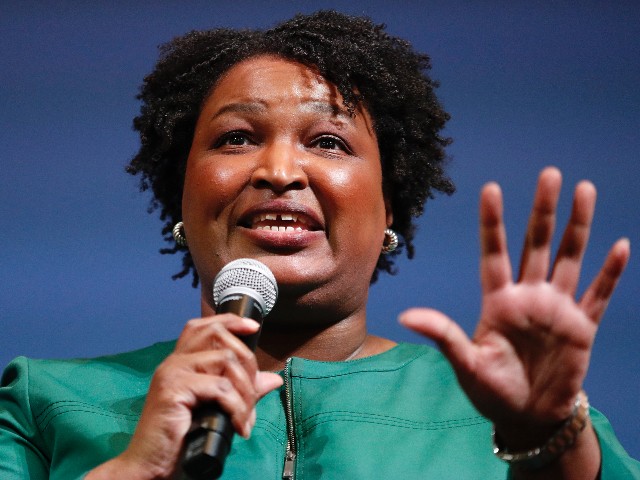 The Times cited an array of factors Democrats said were contributing to her campaign problems. Some blamed sexism, while others doubted her voter turnout strategy, for which she became notorious after narrowly losing her first gubernatorial bid to Kemp in 2018.

“Some of Ms. Abrams’s supporters say her struggles are more rooted in sexism than any strategic misstep,” the Times reported. “She is running in the Deep South for an office that has long been elusive to women and candidates of color.”

“We have to work harder as women, as African American women. … [We] just have a harder time capturing the imagination as executives,” Franklin said.

Phillips dismissed Abrams’ stagnant poll numbers — she has been trailing Kemp by a few points in nearly every poll — as “just sexism” and said her “identity as a black woman” generates enthusiasm for her candidacy but also “explains the depth of the resistance” to her.

The Times acknowledged that Abrams’ aggressive get-out-the-vote efforts, which some credit with helping Democrat candidates at the federal level eke out wins in Georgia in 2020, may not be working in her gubernatorial race.

Abrams’ floundering campaign has “Georgia Democrats wondering if the Abrams model — seeking to expand the universe of voters to fit her politics — is truly better than trying to capture 50 percent of the voters who exist now,” the Times wrote.

The Times also reported that state Democrat leaders complained that Abrams’ campaign “was slow to reach out to key constituencies and underestimated Mr. Kemp’s strength in an already difficult year for Democratic candidates.”

Georgia Gov. Brian Kemp speaks during a Get Out the Vote Rally on May 23, 2022, in Kennesaw. (AP Photo/Brynn Anderson)

Additionally, the outlet pointed to an Atlanta Journal-Constitution poll’s finding that Abrams had 80 percent support among black voters, a number the Times described as “dangerously low” among a demographic that has historically overwhelmingly voted Democrat.

Kemp’s campaign responded to the Times report in a statement, noting that Abrams — whose bid for governor has widely been criticized by Republicans as a de facto campaign for a presidential run — “isn’t connecting” with voters and that she is heavily funded by out-of-state donations.

Mitchell added, “After raising millions hand over fist from out-of-state billionaires, her campaign — and Georgia Democrats — are now mired in internal squabbling. Governor Kemp will continue to run on his record of putting Georgians first and his vision for a safer, stronger Georgia.”