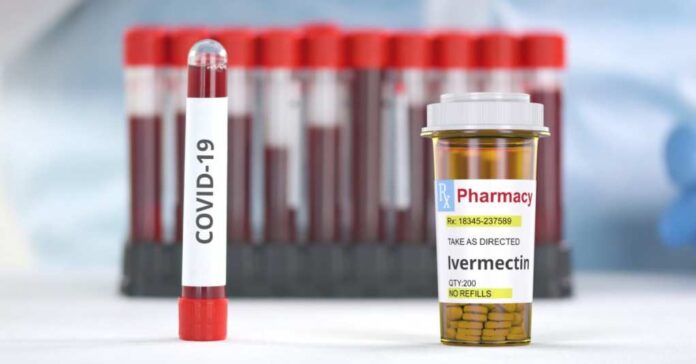 After claiming Ivermectin was the cure the government didn’t want to discuss when COVID was just kicking off, Joe Rogan was laughed at. When he caught COVID himself and received it as a part of a treatment course with Z-packs and vitamin drips for three days, people thought he was full of it and making things up.

Turns out, this was more than an internet rumor but actually had solid skin in the game.

The study was conducted by Flávio A. Cadegiani, MD, MSc, Ph.D. Cadegiani is a board-certified endocrinologist with a master’s degree and a doctorate in clinical endocrinology. The study has been peer-reviewed and published online by the medical journal Cureus. With a large sampling, the data is amazing.

Conducted in the city of Itajai in Brazil, the https://www.cureus.com/articles/111851-regular-use-of-ivermectin-as-prophylaxis-for-covid-19-led-up-to-a-92-reduction-in-covid-19-mortality-rate-in-a-dose-response-manner-results-of-a-prospective-observational-study-of-a-strictly-controlled-population-of-88012-subjects?email_share=true&expedited_modal=true had 88,012 patients in the study. During the study, they saw a 92% reduction in the risk of death from COVID patients who received Ivermectin as a part of their treatment or as a preventative. They also received an 84% decrease when compared to those who were using the substance irregularly.

“The hospitalization rate was reduced by 100% in regular users compared to both irregular users and non-users,” the study stated.

The regular users for this study were already at an increased risk of death, as they were older and had a high prevalence of type-2 diabetes, as well as hypertension than those who were irregularly and non-users. For those irregular users, they saw a 37% reduction in their risk compared to non-users. In this study, a regular user was someone who took more than 30 tablets over a five-month period.

Going on to explain, the study stated that dosage was determined by body weight, however, “most of the population used between two and three tablets daily for two days, every 15 days…Non-use of ivermectin was associated with a 12.5-fold increase in mortality rate and a seven-fold increased risk of dying from COVID-19 compared to the regular use of ivermectin. This dose-response efficacy reinforces the prophylactic effects of ivermectin against COVID-19.”

These kinds of results are simply extraordinary. As Cadegiani explains, the “dose-response effect” is fully explained and proven here. Writing on Twitter, he backed up his thesis with proof and showcased it for the world to see. “An observational study with the size and level of analysis as ours is hardly achieved and infeasible to be conducted as a randomized clinical trial. Conclusions are hard to be refuted. Data is data, regardless of your beliefs.”

Naturally, the left will be lining up to make some semblance of claims against this study. It doesn’t fit their vaccination-first belief system, and it doesn’t do anything to shove more big pharma down the people’s throats. Instead, it does what so many of the right and the hippies both did; it proves the power of alternative medicine and backs up the concept of people taking responsibility for their health.

The people in this study were not the best candidates for this kind of study. If anything, they were some of the least likely to survive a bout with COVID. By proving Ivermectin was able to keep them alive and allow them to recover, the proof is now irrefutable as to how it could help someone who is already healthy like Joe Rogan in recovery.

With this kind of proof, the funniest thing is that the same people who were proclaiming that people needed to trust the jab but refused to consider Ivermectin as a viable response are now being proven completely wrong. The jab might have been considered a small change in existing science, but that small change was a joke compared to this old science.