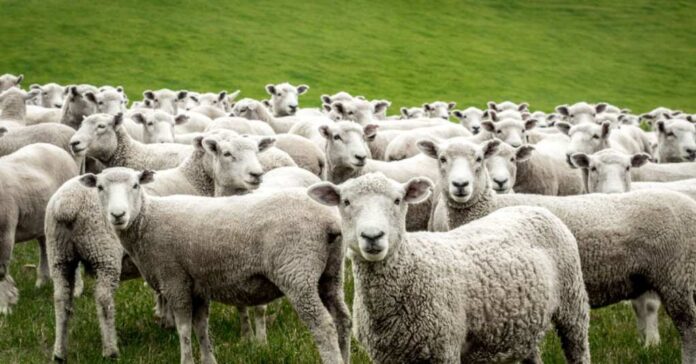 You don’t really expect to hear about the Navy having sheep. And even if you’re aware of the sheep being kept by this branch of the military, you assume they’re doing everything right. Apparently not, and PETA is getting very upset about it all.

So, in case you didn’t know, the military has been using sheep for research for quite some time. Some of the sheep will graze on the bases. But in many instances, the sheep are used in testing procedures. More specifically, the Navy is looking to find out more about decompression sickness and how to combat it.

Referred to as “the bends,” decompression sickness happens when the body ascends from pressurized environments – such as being a diver and moving from the deep ocean to shallow waters. It can cause bubbles to form in the muscles, organs, and blood.

Experiments are taking place in San Diego. The Navy will place sheep in high-pressure chambers as a way of replicating what naval divers experience.

PETA, however, has stepped in.

The VP of international laboratory methods, Shalin Gala, spoke with Military Times to explain “The U.S. Navy is literally squeezing the life out of sheep and other animals in crude and painful decompression tests that only serve to leave the U.S. further behind the rest of the world.”

They have gone as far as calling on Defense Secretary Lloyd Austin to stop the “archaic tests” that waste money and risk animal lives.
Many of the sheep involved in the experiments end up with chest pain, paralysis, seizures, vomiting, crippling joint pain, and more.
What the Navy is doing isn’t anything new. In fact, the military in the UK and France have performed similar research studies. The only difference is that the UK and France stopped testing on animals over a decade ago.

We have the technology that would allow the Navy to get even more data if they were to switch over to androids, AI, and other tech. For example, SpaceX isn’t sending monkeys into space like what NASA did four decades ago. Instead, they’re using highly technical robots that have sensors to collect data about the various pressure points and such.

What’s being used for space could easily be used by the military. It’s about the money.

Still, the Navy’s surgeon general, Rear Adm. BL Gillingham, wants to argue. “While the Navy pursues every effort to engage in research that does not require animal use, there are still critical areas of study, which remain impossible without the use of animal model research.”
It comes down to the question of what is and isn’t humane. Are the sheep being treated properly? PETA would say no.

And this isn’t the first time PETA and other animal groups have targeted the military. In 2010, a petition was filed that actually led to a criminal investigation. Why? More decompression sickness experiments were being performed.

The UK and France have switched over to humans, citing that they can obtain more accurate and informed results.
While PETA often blows some things out of proportion, it seems they may have a point on this one.

BREAKING: The @USNavy is squeezing the life out of sheep & other animals in gruesome decompression sickness experiments!

The navies of U.K. & France stopped torturing animals in these tests over 10 YEARS ago—the #USNavy must stop these experiments NOW! https://t.co/2Om1tDGFcy

If we’re supposed to be the best military in the world, shouldn’t we be capable of providing better (and more humane) testing to improve outcomes?