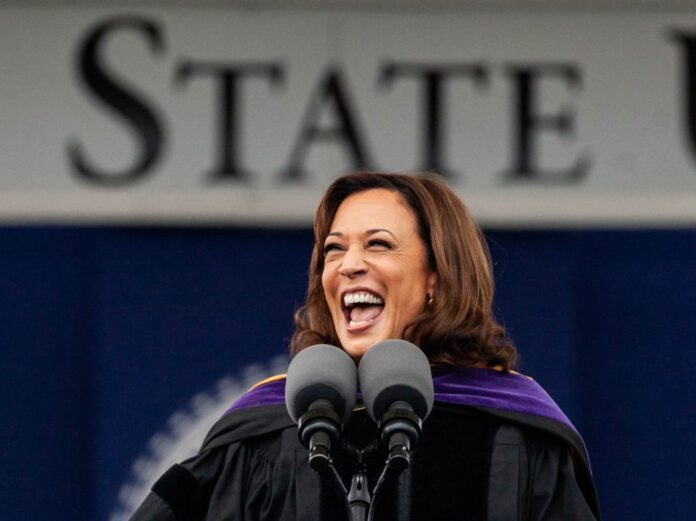 Vice President Kamala Harris said Sunday on NBC’s “Meet the Press” that the U.S.-Mexico border is “secure,” but our immigration system is broken.

Anchor Chuck Todd asked, “I want to ask about the border. Would you call the border secure?”

Harris said, “I think that there is no question we have to do what the president and I asked Congress to do, the first request we made, pass a bill to create a pathway to citizenship.”

She added, “The border is secure, but we also have a broken immigration system in particular over the last four years before we came in, and it needs to be fixed.”

Todd said, “We are going to have two million people cross that border for the first time ever. You are confident that the border is secure?”

Harris said, “We have a secure border in that it is a priority for any nation, including ours and our administration, but there is still a lot of problems we are trying to fix given the deterioration that happened over the last four years. We also have to put in place a law and a plan for a pathway for citizenship for the millions of people that are here.”