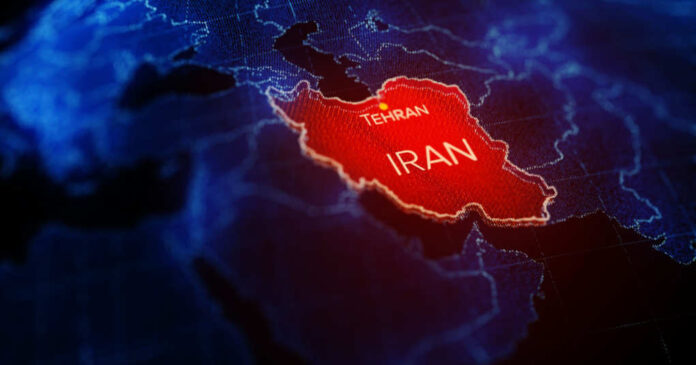 With the US finally out of the armed conflict in the middle east for the first time in 20 years, you would think things are starting to cool off over there. Instead, the US is starting to crank up its presence in the area by demonstrating the capabilities of the B-52.

Announced on September 5th, a pair of B-52 long-range bombers took off from the Royal Air Force base in Fairford, England, and flew in over the eastern Mediterranean, the Arabian Peninsula, and the Red Sea on Sunday as a part of a training mission. Joining them were Kuwaiti and Saudi planes, and US ground and naval units, before leaving the region. The release also identified the use of multiple other aircraft types as they conducted theater integration training.

Movement like this can be seen as a sign that the US is getting prepared just in case Tehran decides to strike or issue a declaration of war. Lt. Gen. Alexus Grynkewich, commander of the 9th Air Force (Air Forces Central) provided a news release about the mission.

“This Bomber Task Force is a strong, clear representation of enduring U.S. commitment to the region. In addition to maintaining a sufficient, sustainable force posture, AFCENT is able — in concert with our partners — to rapidly inject overwhelming combat power into the region on demand. Threats to the U.S. and our partners will not go unanswered. Missions like this BTF showcase our ability to combine forces to deter and, if necessary, defeat our adversaries.”

Serving as the second mission for the B-52 so far in 2022, they initially left Minot Air Force Base, ND back on August 18th. The previous trip was also to Fairford for two months which ended back in April. This most recent trip also saw the bombers being escorted by Israeli jets through the airspace of Israel on their way to the Persian Gulf. As the top regional enemy of Iran, the US did not mention them by name, but the Israeli military was more than happy to announce their part in the training mission.

Most recently the Iranian navy has been going after sea drones that are a part of the 5th fleet in the Arabian Gulf. These attacks have been met by swift responses from US warships, and Iran has been releasing them rapidly, but no word has been released about any information they may have ascertained from having them. The previous recovery of US drone planes has yielded great intelligence for Iran and has also ramped up the rhetoric between the nations.

Another factor in the tensions has been US attacks on Iranian-backed militias in the middle east, particularly in Syria. These militias and their support from the Iranian Revolutionary Guard have created deeper tensions in the region and caused the Iranian-backed fighters to launch a full-scale defensive assault.

Many have been quick to blame former President Trump and his abandonment of the deal with Tehran for the escalating problems between the two nations. However, with Central Command now including Israel in their nations, the US presence is high as it has ever been in the region. If anything, by withdrawing from the agreement with Tehran the US is showing them that they will not abide by Iran enriching uranium for any purposes.

The Iranians on the other hand seem to have no use for the American stance on this and have been denying UN weapons inspectors and other organizations from testing their facilities. While this defiance flies right in the face of sanctions, the Iranian government isn’t doing anything to help themselves at the bargaining table. By continuing to produce 60% enriched uranium they are very close to the 90% required for a nuclear weapon. Experts currently believe they could combine enough enriched uranium for at least one nuclear bomb.