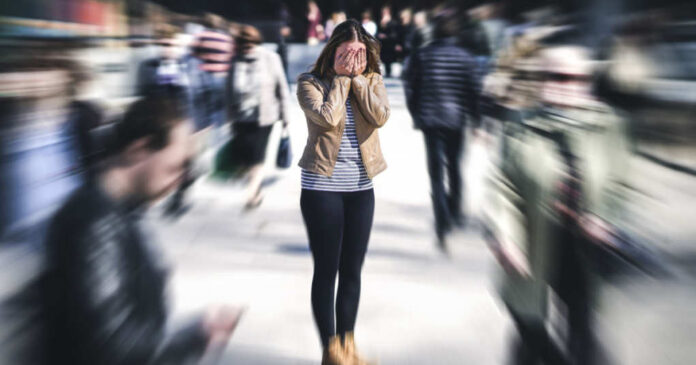 It isn’t safe to go out at night, walk down dark streets, or run in neighborhoods you’re unfamiliar with. And even when you walk in your own neighborhood, there’s no telling what could happen.

We don’t live in a safe world. It is scary and unpredictable.

The reality is that many Americans fear that they are going to be attacked. Anywhere. At any time. And the anxiety is starting to get the better of many.

Perhaps you saw the posts regarding Eliza Fletcher over the past week or two. Fletcher was a teacher and mother who used to go running in her hometown of Memphis. It was common for her to run around 4 AM in an area where she felt safe. She is now dead as a result of being abducted by a man who approached in an SUV and forced her inside.
Fletcher’s death was quickly compared to other deaths that have occurred where women were involved in their own city or neighborhood. Sydney Sutherland in Arkansas, Mollie Tibbets in Iowa, Wendy Martinez in DC, and many more.

Often, these occurred in areas where the women felt relatively safe. And often, the attacks happened in broad daylight.

It’s not just women that are afraid of being attacked, either. A poll conducted by NPR identified that 25% of Americans say that they live in fear of an attack happening in their own neighborhoods. The poll was done with the help of the Robert Wood Johnson Foundation as well as Harvard TH Chan School of Public Health.

The poll involved asking over 4,000 adults. It was also found that Americans of color were more likely to fear being attacked than white Americans. As reported by the poll, 25% of Black, 26% of Latino, 36% of Native American, 21% of Asian, and 19% of White adults fear that someone will threaten harm to them within their own neighborhoods.
Paul Ongtooguk lives in Anchorage, Alaska. He’s an Alaskan Inuit and has lived with the fear his entire life. “Growing up, we went through the era when it was just open racism about being Alaskan Native.”

A Black woman by the name of Annette Jackson lives in a small town in Texas and had someone spit in her face after the 2016 elections along with a comment about Trump winning.

The FBI said that 2020 resulted in more hate crimes than it had since 2008. And attacks against Black and Asian Americans were the most significant increases.

The root of violent crime isn’t known, though many have their suspicions. Bernardo Medina, a Puerto Rican living in New Jersey blames the Democrats saying that “The Democrats sold out this country’s national security long ago.” He also points to the Black Lives Matter movement that took place in 2020 along with the “defund the police” protests.

The concerns that Americans of every color and background have shared are troublesome. Some say that they feel discriminated against not by the government but by their neighbors and members of their community.

And some are even taking extra precautions by buying guns and even stockpiling supplies. Ernesto, a resident of Philadelphia, is a Black man who says that there are more and more threats of gun violence. He doesn’t travel into the city as much as he used to because of that fear. He identifies that stockpiling and having an evacuation plan is necessary because he doesn’t trust the government to care for his family if there’s a crisis.
And what is the Biden administration doing to squash these fears? Nothing. Instead, there are more and more divisive words being spoken.