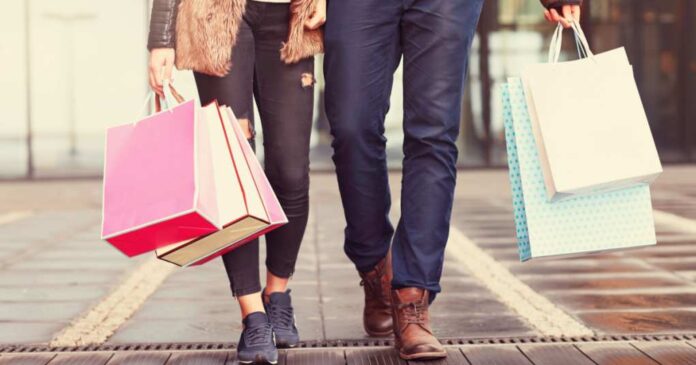 We’re dealing with inflation. Our paychecks don’t go as far as they used to. And it’s hard to find deals anywhere.
That isn’t the case right now. Many stores are dealing with unprecedented inventories because of over-ordering. And, some of the orders that sat in shipping containers in the Pacific for months on end are finally arriving.
The stores don’t have the warehouse space. So, they’re doing what we all secretly hoped that they’d do – they’re marking things down and offering incredible deals to consumers.
Walmart, Target, and other major retailers bought a bunch of stuff during the pandemic. By the time it finally arrived, consumers stopped buying “stuff” so that they could spend money on travel and everything they couldn’t do during the pandemic lockdowns.

The good news for you as a consumer is that you don’t have to wait until the Black Friday deals to get some killer discounts. Kohls, Gap, Macy’s, Nordstrom, and others are offering discounts of 50% and even 70%. There’s a catch, though. The sales may be on last year’s trending clothing – and even clothing for the spring and summer. After all, the reason for these sales is to make room for the fall and holiday items that they know that they can sell at full price.

Urban Outfitters, which is also the owner of the Free People and Anthropologie brands, has said that they’re willing to push the inventory out the door at all costs. During a second-quarter conference call, Frank Conforti, the company’s CEO, said, “We will have to deploy incremental markdowns throughout the third quarter to sell through this excess inventory.”

To find the bargains, you’re going to have to go into the stores, though. It’s designed to help get your eyes on other things that may be in there at full price. And, it helps the stores to continue to pay for the employee salaries. Otherwise, the stores will be forced into layoffs – and that means an even higher unemployment rate than we’re already seeing.

Some sales are going to be online, but the retailers really want to encourage people to go into the stores. It means that if you want to save, you’re going to need to do some research. And you should be prepared to check out a few stores.

Don’t forget the factory outlets, too. Lots of brands are using their system of factory outlets to get rid of some of their larger inventories of products. A great example of a company using an outlet is Zappos. They have a Louisville outlet because it’s near one of the major UPS hubs. And they have a distribution center nearby, too. As they get returns that people have tried on, they can’t sell them as “new” anymore. However, they can still mark the shoes down, sell them at their Louisville outlet, and make a profit.
Other stores taking the factory outlet approach include Gap and Zales. And if you want to catch deals online, explore the Amazon outlet.

You can even call and find out if a place is planning to mark down their inventory in the near future.
Here’s the downside to these deals if you have kids in elementary school. Your local PTA or PTO may be taking advantage of these sales for a holiday shop. That means you’ll see the same items from your local Target or Walgreens at the holiday shop for your kids to buy. Only, the price tags will be higher. Inflation? Nope. That’s your kid’s school trying to fundraise.