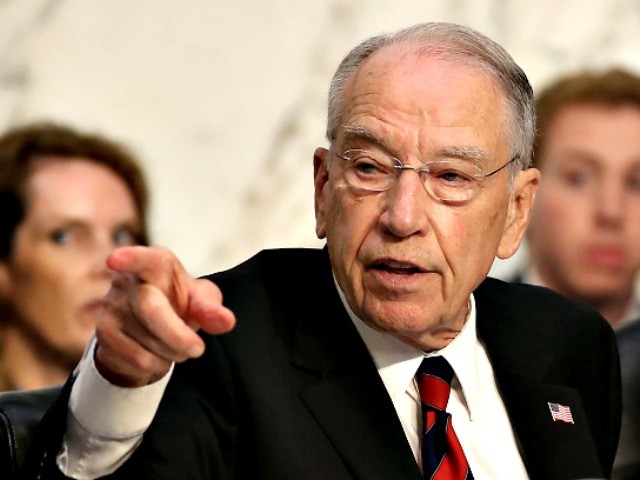 Grassley believes Thibault “shut down” a totally separate probe that is likely unrelated to the ongoing criminal probe concerning reported tax fraud by the president’s son.

Hunter is currently under investigation by Trump-appointed U.S. prosecutor David Weiss for tax fraud, money laundering, and violation of lobbying laws, according to the New York Times. Hunter is reportedly trying to settle the case out of court and has paid $1 million to the IRS to evade conviction or a long sentence.

In a totally separate probe, Grassley pointed out FBI officials were reportedly blocked from taking action on investigating Hunter’s laptop. “FBI officials wanted to take action with respect to this separate investigative information the FBI had in its possession related to Hunter Biden. However, Thibault blocked the FBI from doing what would normally be done,” Grassley explained on the Senate floor.

Thibault served as an assistant special agent in charge at the FBI’s Washington Field Office and allegedly left the agency before denying allegations leveled against him.

“Accordingly, the investigative activity and information could not be advanced as it should’ve been, which means the FBI could have gathered more evidence with respect to Hunter Biden but cut bait instead. And the FBI and Thibault cut bait right before the 2020 presidential election,” Grassley continued.

Grassley said Thibault’s alleged shutting down of the laptop probe “calls into question what U.S attorney Weiss is actually investigating.”

“It also calls into question what the FBI’s Baltimore field office is reviewing and whether it’s the full scope of evidence,” Grassley said in relation to the tax fraud probe.

Current FBI director Christopher Wray has refused to respond to Grassley’s queries about the separate cases, the senator said.

“How can the American people trust the results of the investigation?” Grassley asked on the Senate floor.

“Mr. Tim Thibault, come on in. Sit for a transcribed interview with me and my colleagues,” Grassley demanded.

Hunter Biden’s former business partner Tony Bobulinski fears recently departed Thibault buried the information he conveyed to the FBI about his Chinese business dealings with the Biden family, the New York Post reported. Bobulinski personally met with President Joe Biden in 2017 for an hour to discuss “the Bidens’ family business plans with the Chinese.”

A 2017 email from Hunter’s laptop revealed a business deal between Bobulinski, the Biden family, and high-ranking members of the Chinese Communist Party would include ten percent “held by H for the big guy ?” Bobulinski confirmed “the reference to ‘the big guy’ in the much-publicized May 13, 2017 e-mail was in fact a reference to Joe Biden.

Though President Joe Biden and his staff have claimed seven times the president has had no part in the family business, he has been involved in at least 17 instances.

The trailer below has been viewed almost 5 million times across social media.