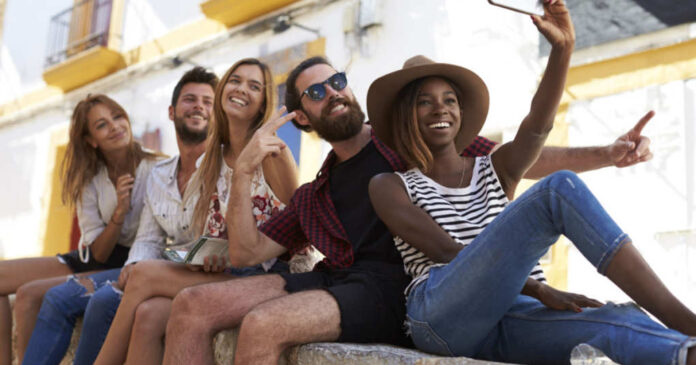 There are two kinds of workers coming from the Millennial generation and younger, the hard-working “hustler” and the simplistic “soft life” workers. While these two form a very yin and yang set of extremes, the traditional 9-5 worker is stuck in the middle. While they make up the majority of people in the workforce, they aren’t the ideal anymore.

For both the hustler and the 9-5 worker, they both aspire to work hard, save what they can, and hopefully retire by 65 or before. They also take on the brunt of the work and are often happy to go the extra mile, with the hopes of being noticed by the right people. Mediocre rewards for years of hard work like a plaque, gold watch, and a retirement dinner are aspirations for many of them.

One small vacation a year is the pinnacle of life for these groups, even if they are sharing the cabin for 6 with 10 other couples.

Meanwhile, these soft-life people are doing the total opposite. They build no savings and instead take work on a sporadic or as necessary basis just to stay alive. Frequently on the move, these nomads have no solid home life, and they are ready for life at a moment’s notice. If they don’t have the money to go someplace, they’ll figure out an arrangement when they get there.

For many, these kinds of decisions come from watching their parents be miserable at a job their entire childhood, and then the pandemic making it so neither they nor their parents could work. It made them bitter to a degree, and they want something better in their lives. Something more fulfilling than just checking the boxes of the status quo.

Upon doing their research they discover that with freelance work in both locations they can split their lives between Mexico and New York City, or LA and Tulsa. One exciting and exotic location, and one bland very basic location by comparison. While LA or NYC might be more expensive, they also come with their challenges, and these people want nothing to do with that challenge full-time. They want just enough of a taste as to chat about it, but not to deal with the full dread.

However, this is having unintended consequences for these people and the economy. By not building savings, banks and other lending institutions are not seeing the business and ability to lend they once experienced. This decrease in revenue and ability to cyclically move money around impacts their bottom lines, as well as the bottom line of the stock market.

Another unintended impact is the loss of an emergency cushion for their savings account. When a broken bone, immense sickness, or anything that takes away from their ability to earn income hits, they blow through the minuscule savings they have, and as much as they embrace the minimalistic lifestyle, they often look for the best of their minimalism, thus eroding at any real savings the minimalism is providing.

While many of these soft lifers can admit the shortcomings this life provides, they could truly care less about them. For them, the comfort, security, and familiarity of a softer life with less stress are where it’s at. While this may be a less than common situation, it is no worse or different than the preppers living off the grid, or the mud hut houses in New Mexico. It just takes some adjustments and getting used to it.

For those that can hack it, it’s largely due to their previous buying into capitalism or someone from the generations before buying in and providing the savings. Either way, the successful soft lifers admit that capitalism is the root of their funding, and even still embrace it just a touch in their choices of where they embrace that soft life.